Newman expects to return to racing when NASCAR resumes 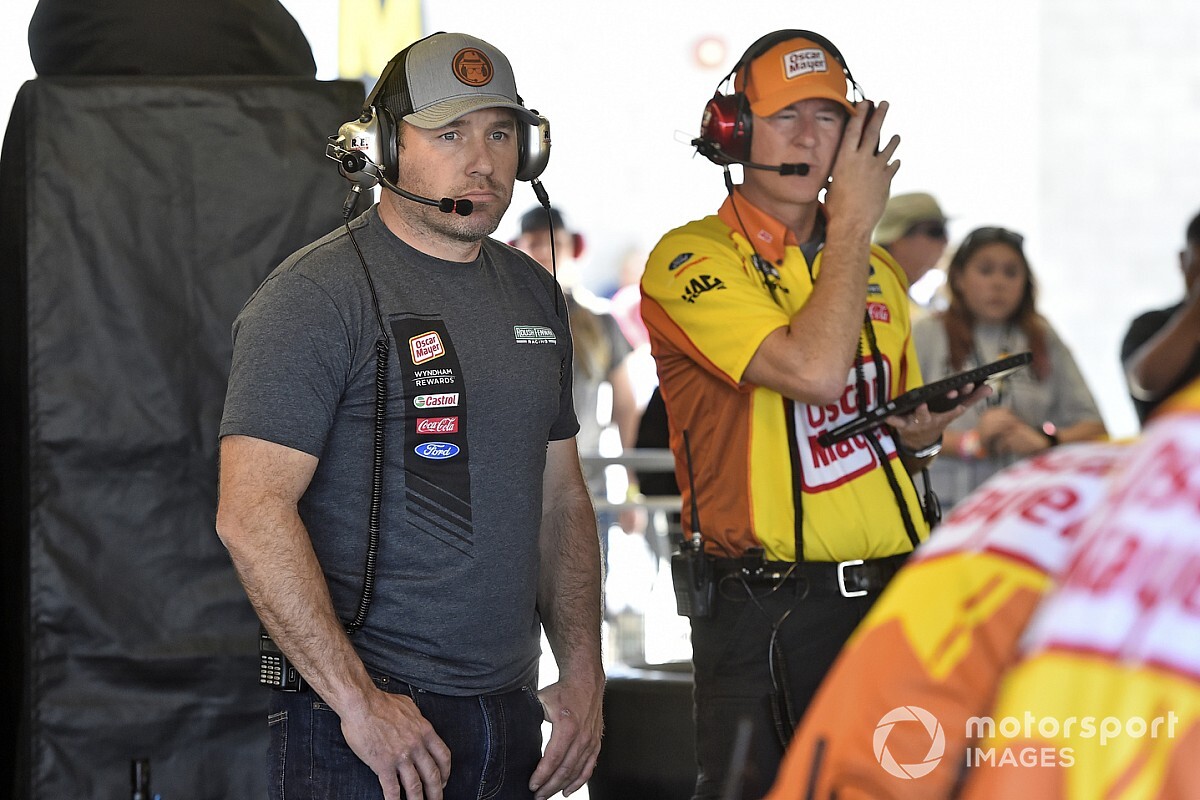 Ryan Newman, who suffered a closed head injury in the season-opening Daytona 500, said Sunday he expects to return to action when the NASCAR season resumes.

Newman was a guest at the start of Sunday’s Fox Sports broadcast of the eNASCAR Pro Invitational Series race at virtual Talladega (Ala.) Superspeedway. The series is in its fifth week during the COVID-19 pandemic.

“I’m so excited and thankful to be healthy and at some point get back in the race car when the world starts turning again,” Newman, 42, said. “I’m thankful for all the people and support that I’ve got – friends, family, you name it that have prayed for me and given me this multitude of miracles that has given me this opportunity to get back in the seat.”

Asked if that meant when NASCAR returns to real racing, if he would be behind the wheel of Roush Fenway Racing’s No. 6 Ford, Newman said, “Absolutely and for sure. I’m healthy. I’ve been blessed with this situation giving me more time to heal.”

NASCAR races remain postponed through the May8-9 race weekend at Martinsville, Va. There have been discussions with state and health officials about restarting the season in the Charlotte, N.C.-area in mid-May but without fans in attendance.

There remained some confusion, however, when Newman would be able to race.

Shortly after Newman’s appearance on the broadcast, NASCAR issued a statement indicating he had not yet been medically cleared to compete.

“We share Ryan’s enthusiasm in his return to the track. We look forward to Ryan returning to racing as soon as he is medically cleared to race,” the statement said.

Ross Chastain, who has been on loan from Chip Ganassi Racing and subbing for Newman during his recovery, posted a message on Twitter saying he looked forward to seeing Newman back to competition.

In three starts in Newman’s No. 6, Chastain’s best start was 15th at Las Vegas and best finish was 17th at Fontana, Calif.

Newman suffered an unspecified closed head injury in a last-lap wreck in the Daytona 500 on Feb. 17. He was transported by ambulance to Halifax Medical Center in Daytona Beach, Fla., after his No. 6 Ford went airborne after hitting the wall and skated on its roof down the frontstretch of the track.

However, less than 48 hours later, Newman was able to walk out of the hospital under his own power with his two daughters. He made his first visit to a track on March 6 at Phoenix.

Asked Sunday what he was doing while NASCAR racing was on hiatus, Newman said, “Lots of work around the farm. Spending a lot of time with my kids. Doing some home-schooling – things that are much-needed and a lot of fun. Although I’m not as good in Spanish in second and third grade as I thought I was.

“Been doing a little hunting and finishing. A lot of things that I would normally be doing but not to this level because I wouldn’t normally have this much time.”

"Burnt out" Bubba Wallace pulls out of Talladega eNASCAR race