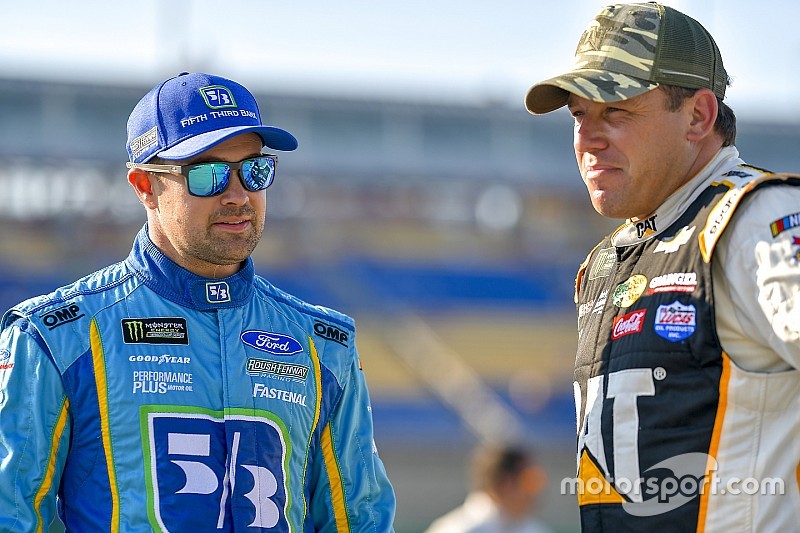 Ryan Newman will join Roush Fenway Racing next season as Trevor Bayne’s replacement in the No. 6 Ford.

In an announcement Saturday afternoon at Richmond (Va.) Raceway, RFR officials confirmed Newman had agreed to a multi-year deal to drive its No. 6 Ford Mustang in the Monster Energy NASCAR Cup Series.

“I am excited about getting behind the wheel of the No. 6 car and working with Jack Roush and everyone at Roush Fenway Racing,” said Newman, who along with 18 wins at the Cup level, holds an engineering degree from Purdue University.

“I’ve always respected what Jack Roush has brought to the sport,” added Newman. “I can remember some intense battles with the No. 6 back when Mark Martin was in the car. There is a lot of history there and I am excited about getting behind the wheel of the No. 6 Mustang to compete for wins and the playoffs next year.”

In the press conference announcing Newman's move, RFR team owner Jack Roush said of Newman's engineering back ground: "The fact that he has an engineering degree, makes him even more valuable."

Bayne and Matt Kenseth have been sharing the No. 6 this season as RFR brought Kenseth back to help turn its program around. Team owner Jack Roush announced two weeks ago that Bayne, 27, would not be returning to the organization next season.

"I’d like to start by thanking Matt Kenseth and Trevor Bayne for being the most recent custodians of the No. 6 car," said Roush.

Team president Steve Newmark said that Kenseth "was not prepared to run full-time in 2019," citing the desire to spend more time with his family. He may still have a future role with the company.

Last weekend at Las Vegas, Newman posted a message on his Twitter account saying he would not return to Richard Childress Racing next season.

Newman, 40, has eight top-10 finishes through 27 races this season but missed the playoffs for the second time in his five seasons with RCR. Now in his 17th fulltime Cup season, Newman has won 18 races and 51 poles.

The team had nothing to report regarding potential sponsorship for the car.

Take a lap around Richmond Raceway with NASCAR Heat 3 - video