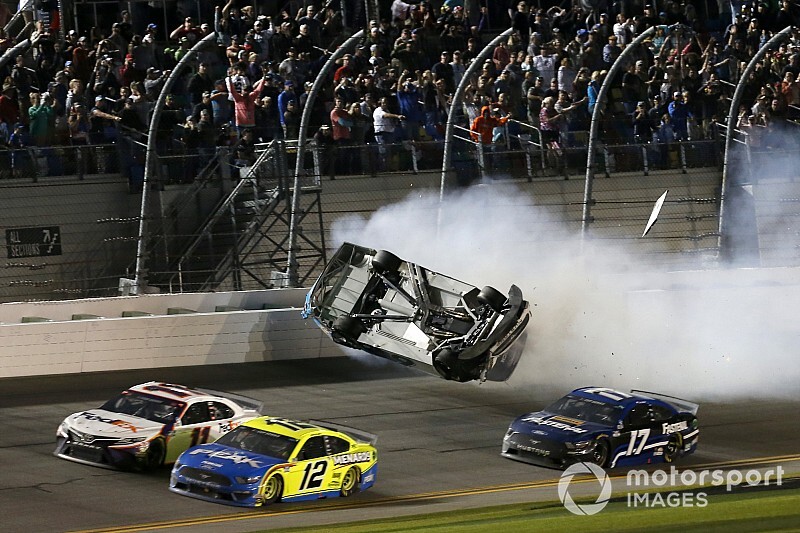 Ryan Newman continues to receive treatment for a head injury and there remains no timetable for his return, team officials said Sunday.

Roush Fenway Racing president Steve Newmark read a prepared statement from Newman during a news conference Sunday at Las Vegas Motor Speedway and provided an update on his desire to return to competition.

In Newman’s statement, he said he continues to receive treatment for a head injury but suffered no other injuries.

“I was fortunate to avoid any internal organ damage or broken bones. I did sustain a head injury for which I’m currently being treated,” Newman said. “The doctors have been pleased with my progression over the last few days.”

Newmark reiterated that there is no timetable for Newman’s return.

“He has unequivocally expressed this is where he wants to be,” Newmark said when asked about Newman’s desire to return to competition. “His objective is to get back in the car as quick as he can.”

Newmark also said that it would not surprise him if Newman returned to the track at some point even before he is cleared to race.

“The minute Ryan is given the green light to be back at the track, even if it’s not to race, he will be back here,” he said.

Newmark says all NASCAR executives either visited the hospital or offered support from NASCAR Chairman Jim France on down.

“It was a pretty agonizing few days. I can tell you to a person that was not a single one at Roush Fenway who wanted to go home that night. They would have camped out at the hospital,” Newmark said.

When Newman’s condition became clear, Newmark said RFR began the process of working to ensure the No. 6 team would be able to continue to compete, which included seeking the approval of Chip Ganassi and Chevrolet officials to ask Ross Chastain to drive the car.

Newmark said Ross Chastain’s commitment to drive the No. 6 Ford in Newman’s absence is “open-ended.”

“Right now we’re just taking it one race at a time. The arrangement with Ross is if we need him, he should be available,” he said.

Newman will have to be cleared by his doctors and by NASCAR before he can race. Newmark said Newman has been in conversations this weekend with crew chief Scott Graves and Chastain.

“Ryan’s objectives have not changed this year,” Newmark said. “His goal is to win the 2020 Cup championship.”