Denny Hamlin has had all the makings of a serious contender for the NASCAR Cup Series championship this season with one glaring omission – no victories. But no more.

Even without a win this season, Hamlin had remained in the hunt for the regular season title against Kyle Larson right down to the final of the 26 races.

Larson, who has five wins on the season, eventually claimed the title and the critical 15 playoff points that came with it, which left Hamlin in a challenging position entering the playoffs.

One race – and one win – later, however, and Hamlin’s title hopes have been greatly rejuvenated.

Not only did Hamlin win Sunday night’s Southern 500 at Darlington (S.C.) Raceway, but he did so while going toe-to-toe with Larson on speed and deftly held off his daring final-lap dramatics to secure the victory.

Finally getting it done

In addition, Hamlin now gets a free pass to the second round of the playoffs and can throw caution to the wind – so to speak – while trying to rack up more wins (and playoff points) at Richmond, Va., and Bristol, Tenn., over the next two weeks.

“We had so many opportunities earlier this year to win races, and we only really had the fastest car twice and we understood that. But (Larson) just went on a tear there, and for us, it certainly is significant,” Hamlin, 40, said.

“I’m not going to downplay the significance of it. It’s not just another win. This one is big for us and our team and the momentum.

“We didn’t have the playoff points that certainly we wish we had going into these playoffs. There was no room for error. And now to punch our ticket to the next round, we get to go out there and focus on getting through that second round, which I think is probably the most dangerous.” 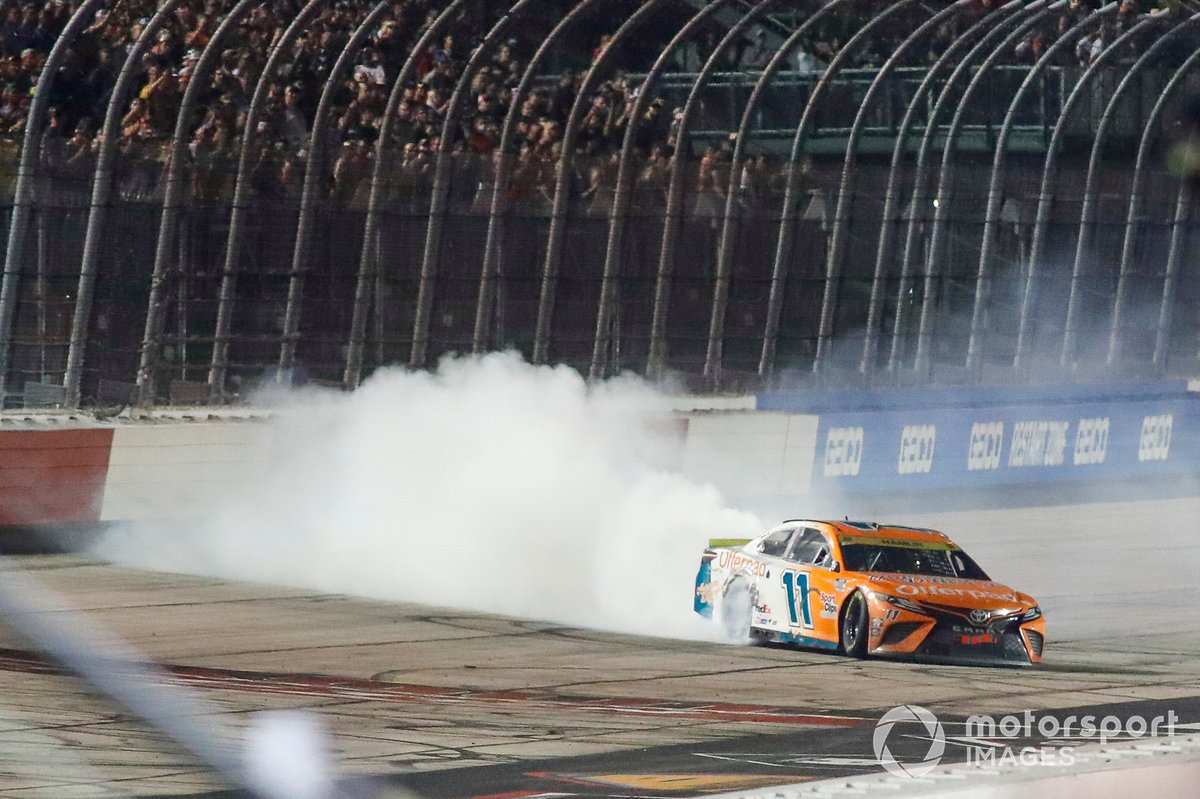 Hamlin has three career wins at Richmond and finished second in the spring race after leading 207 of the 400 laps. He’s got a pair of wins at Bristol, including a victory from the pole in the night race two years ago.

For at least one week at least, Hamlin vaults to the top of the 16-driver playoff standings and suddenly his championship prospects look much more promising.

“We’ve been just second, third place car most of the year. I mean, which is, you know – there are about 33 teams that would love to have that,” Hamlin said. “But we just – we’ve been very, very close.

“And obviously (Larson) has been kind of the standout from the field, and we’ve just kind of been the next best and then on average. So, we just needed a race like this where my crew chief

was telling me when we had pulled away from third place there on the third to last run, green flag run, he says, ‘You know, okay, we’re back in the ballgame.’

“I knew from that point (Larson) was going to have to hassle me for the race win. I was not going to let him go, and it was going to probably going to get physical like it was in the last lap, if it didn’t happen any sooner.”

"You just never know what can happen."

“We finally got a feel for (Las) Vegas, I feel like. We’ve got a good baseline for Vegas, and that will be the first race of the next round. So, I’m full throttle, man.” 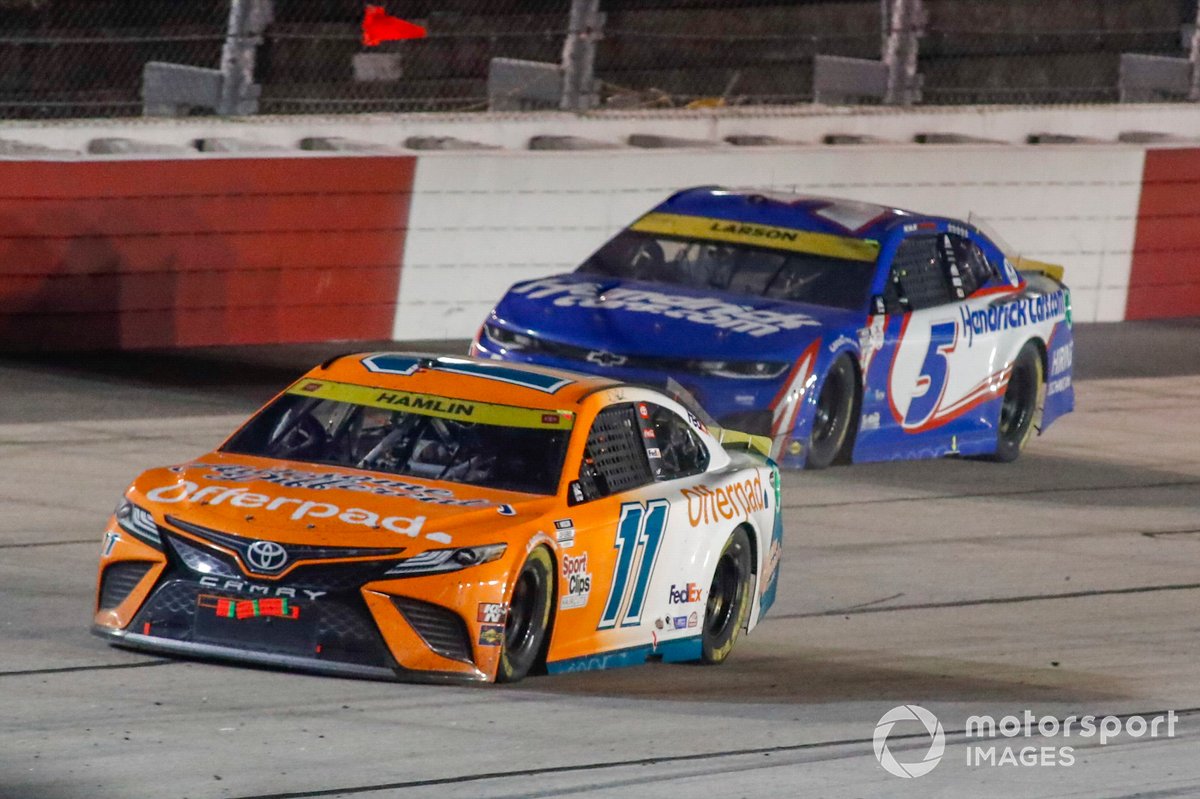 Going forward, however, Hamlin is taking nothing for granted.

Last season – where Hamlin and Kevin Harvick won the most races during the year and neither won the title – provides a stark reminder anything can happen in the playoffs.

“You just never know what can happen. That’s why they race these races,” Hamlin said. “I lean on my experience and when I don’t always have the very fastest car, we’ve got a good crew chief and good team to figure out how else can we win because it ain’t always about speed.

“You just never know because it’s a three-race season (each round), and what you did for the first 30-something (races), when you get down to the end, just doesn’t matter.”

What time and channel is the NASCAR playoffs at Richmond

Hamlin reacts to Wallace's victory Hamlin: "Nothing will ever come free" driving for 23XI Racing

Hamlin: Daytona 500 risks being “strung out” due to Next Gen draft

Denny Hamlin 'in a good place' despite missing out on win

Kyle Busch on his future: "There's a big change coming"

Kyle Busch hints at changes for '23 Kyle Busch on his future: "There's a big change coming"