The now-defunct 2017 NASCAR Cup series champion team Furniture Row Racing has had its charter bought ahead of the new season. 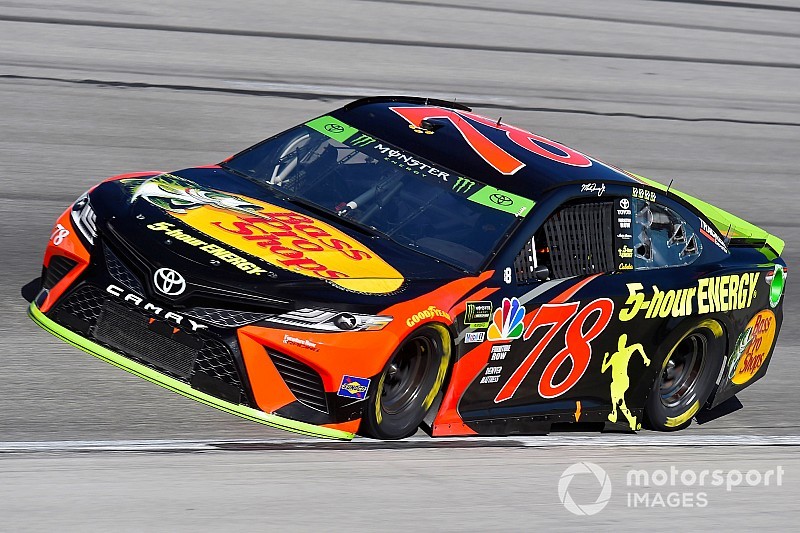 The charter, which acts as a guaranteed entry and right to prize money, has been bought by the Spire Sports + Entertainment company, which has clients in NASCAR - including Chip Ganassi Racing's Kyle Larson.

Furniture Row closed its doors at the end of the 2018 season and its driver Martin Truex Jr moved to fellow Toyota-aligned team Joe Gibbs Racing for '19.

The former team owner Barney Visser made the call to close the outfit after the loss of key sponsors, and some of the squad's staff have switched to work for Visser's furniture company.

The Furniture Row charter is one of the most valuable in NASCAR, because its worth is decided by the previous three seasons of competition and it won a title and had a runner-up finish in that spell.

According to NBC Sports reporter Dustin Long, the team will run Chevrolets and its new car number will be #77 under the ownership of Spire founders' Jeff Dickerson and T.J. Puchyr.

Further details such as drivers and sponsorship have yet to be confirmed.

“We think this is the perfect time to buy in,” Dickerson told NBC Sports.

NASCAR does not reveal the value of charter deals, although the collapse BK Racing this year meant the Front Row acquisition of the team's charter was revealed to be around two million dollars.

There are 36 charters in the NASCAR Cup series, with the franchise system brought in to eradicate the potential of start-and-park entries which would run minimal laps for a fraction of money by avoiding expenses such as sets of tyres.

Teams must compete in every race to maintain charters, and outfits can loan and trade their right to compete to other teams.