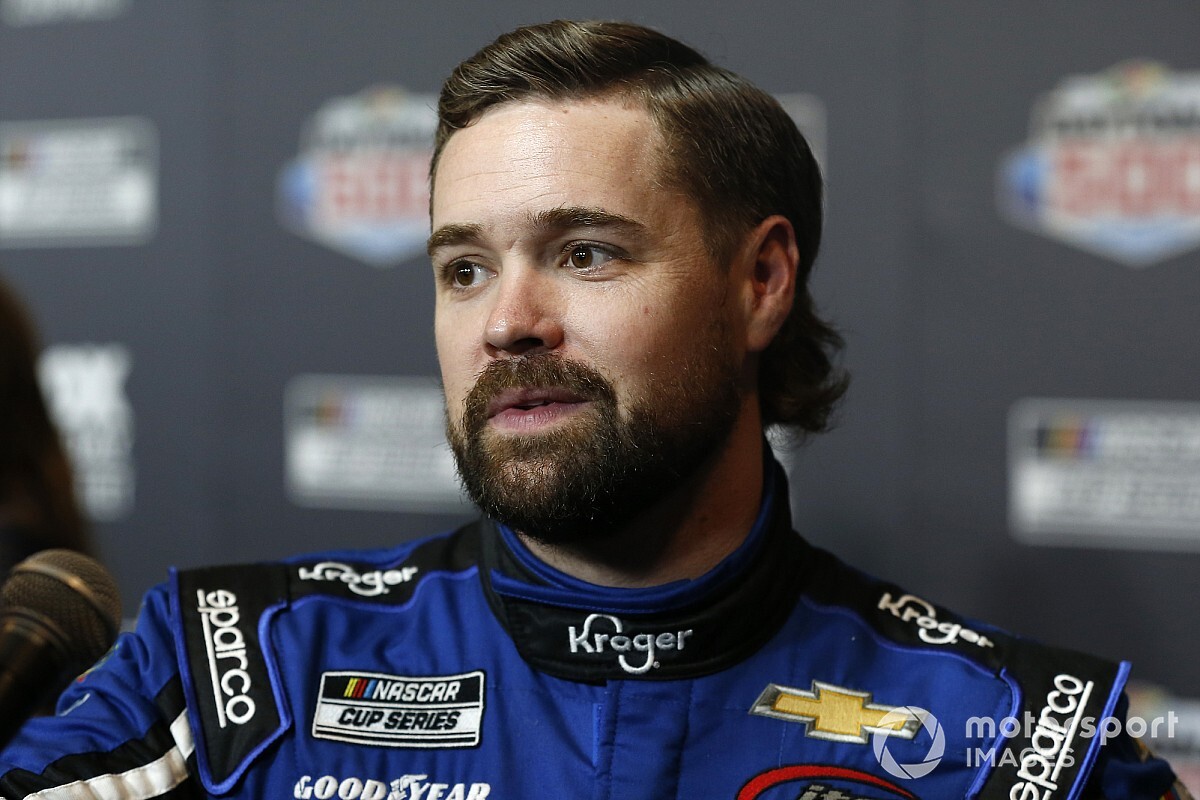 Stenhouse has faced the additional challenge of becoming acclimated with a new team during this unprecedented 2020 season.

The year started off with a bang as Stenhouse secured pole position in February's Daytona 500. The following week at Las Vegas, he placed third. Since then however, things have been difficult.

He finished no higher than 20th in the next five races and infamously crashed out on the opening lap in NASCAR's return to action at Darlington Raceway.

But at Charlotte on Thursday, he drove a solid race and appeared in the top-five in the closing laps. At what point, he appeared posed for a possible runner-up finish before losing ground to Ryan Blaney and being overtaken by Denny Hamlin. Even still, it was an impressive showing for the JTG-Daugherty Racing team.

“Yeah, for us, it was just really good to just have a smooth race with really no issues," said Stenhouse. "Obviously, the first race back at Darlington, I kind of ruined our day early. Then, the second Darlington, we had some issues that we couldn’t fix while we were in the race. Charlotte, the Coca-Cola 600, the first run, we ran up to tenth. I felt really good about it. After we came to the pits, we had some issues again that we had to get over and just didn’t really have the speed after that first run. We felt like what we had in the car was really good and I liked the way it drove at the beginning of the 600.

"So, we just kind of worked on that and made sure that we limited all of our mistakes and got all of our issues figured out. Brian (Pattie, Crew Chief) and the boys did an awesome job with that. From the drop of the green flag, I felt really good about how our Kroger Camaro ran. For us, it was just huge to get a good run in and pass a lot of really good cars. We ran decent at Vegas and got a good finish on pit strategy. But last night, it was just nice to be able to run up front, pass a lot of really good cars and actually catch the leaders there at a few points towards the end of the race. All-in-all, a great night for us and really looking forward to hopefully carrying that momentum, show what we are capable of and be able to do that more and more often.”

Showing what JTG is capable of

Stenhouse believes he has a car capable of running consistently inside the top-ten, but just needs to find more consistency from race-to-race.

"The frustrating part is that I just need to get more consistent, not make those mistakes and not give people reasons to run their mouth. But it’s all part of it, that’s the things you have to take with the sport. Anytime you have a lot of fans watching and definitely fans of different teams, you’ll have people run their mouth. But you just have to stick to what you know, stick to your team, know that you bring your friends with you to the race track, and know they’re the ones around you supporting you. Honestly, I think that’s one thing that I get out of working out so hard - it doesn’t just physically prepare you for the race, but mentally just keeps you focused on what you need to focus on. I know for me, I definitely need to get more consistent.

"I look back at my years in the Xfinity Series, it didn’t start off great, but when our cars were right, I felt like I was able to do a lot with them, be more consistent, contend for wins, win and run up front. If we keep having cars like we had last night, I feel like I can make less mistakes, but also be aggressive and still get a lot out of the race car, and try and keep those haters off the internet as much as possible.”

Stenhouse could build on this momentum as the series heads to one of his better tracks -- Bristol Motor Speedway. The 32-year-old year old has two runner-up finishes at the half-mile in 2014 and 2016.

"I feel really good," he said of returning to BMS. "I know (Chris) Buescher when he was here, they had some really good runs at Bristol. Our setups, looking at what we normally run versus what they ran here, are pretty similar. So, I feel good about that. The feel that I have in this race car I feel like is better than really any of the feel that I had in my Cup cars over my career so far. I felt like last night was a car that kind of reminded me of when I raced the Xfinity Series on the 1.5-mile tracks - I could kind of put my car where I wanted to and it did a lot of the things that I was asking it to do. So, I’m looking forward to getting that to Bristol knowing that we’ve had good runs there. We’ve had chances to win there. It would be nice to be able to get up and go lead some laps, and contend for a win there as well.”