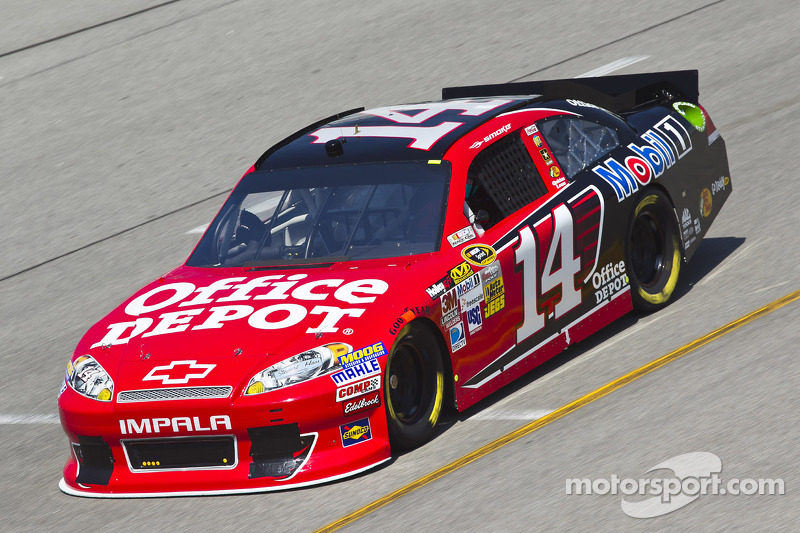 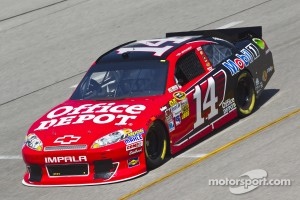 Capone, the notorious gangster, rose to prominence with nefariousness and tenacity, punishing his enemies while taking advantage of any and all opportunities that came his way. Stewart, driver of the No. 14 Office Depot/Mobil 1 Chevrolet for Stewart-Haas Racing, has lived life on the right side of the law, but he’s still punished his competition with his bold driving style, especially at Chicagoland Speedway in Joliet, Ill.

No NASCAR Sprint Cup Series driver has more wins at Chicagoland than Stewart (three). Or laps led led (431). Or has a better average finish (8.7). Or a better average running position (7.7).

Stewart won his series-leading third race at Chicagoland in 2011 after stretching his fuel mileage over the final 52 laps to win the rain-postponed Geico 400. Stewart rallied from his 26th-place starting spot to earn the first of his five victories in 2011 – all of which came in the 10-race Chase for the NASCAR Sprint Cup. The 40th victory of Stewart’s Sprint Cup career sparked the Columbus, Ind., native’s drive to a third Sprint Cup title, where he became just the second driver to win the championship after winning the first Chase race, joining Kurt Busch who accomplished the feat in 2004.

Now Stewart is making his eighth appearance in the Chase, and for the second year in a row, the Chase begins at Chicagoland.

Stewart’s presence at Chicagoland makes even the most grizzled Chicago powerbrokers take notice. Of the 11 Sprint Cup races Chicagoland has hosted since its appearance on the Sprint Cup tour in 2001, Stewart has scored a pole, three wins, four top-twos, five top-threes and eight top-fives, and has finished outside the top-five only three times.

With a reconfigured point tally that has Stewart seeded third for this year’s Chase, just three points behind No. 1 seed Denny Hamlin, Stewart’s bid for another championship begins anew. And with Stewart’s history at Chicagoland, perhaps he’s best called “boss”.

TONY STEWART, Driver of the No. 14 Office Depot/Mobil 1 Chevrolet for Stewart-Haas Racing:

With three wins, four top-twos, five top-threes, eight top-fives and the most laps led of any other Sprint Cup driver at Chicagoland, you have a pretty good track record. How comfortable are you at Chicagoland? “I think I’ve always been good there. You look at the past and we’ve had some weird events. On Fridays, I’ve had two events where I’ve crashed in practice. The first time (2004) Hermie Sadler blew a motor and, before the caution came out, I crashed in his oil and went to the hospital and I missed the rest of the day. And then, the very next year, I blew a tire in practice and J.J. Yeley had to qualify for me. It’s one of those places where, as long as I get through Friday, I feel like we’ve got a shot at it. But I don’t watch the stats very much. You just take it week to week. Technology in this sport changes so fast. What was good the last time you were there doesn’t mean it’s going to be good the second time around. You constantly have to work. You’ve got to keep pushing the envelope. It’s a place I like. This place is really getting racy as far as being able to move around and change lines and run anywhere from the bottom to the top. It’s a fun track because of that.”

We’re back to where your epic run to a third Sprint Cup championship began. After coming into Chicagoland last year, where you didn’t list yourself as a Chase favorite, you promptly won the race and then grabbed four more wins to take the series title. What does this year’s Chase hold for you? “I hope that we can get five of them again, and I hope the ones that we don’t win, we can get a little bit better finishes than last year. It’s definitely a different year. It has a different feel to it than what we had last year. We have a lot of work ahead of us. It’s definitely not going to be a cakewalk. You have 11 other guys in this Chase who have done an awesome job, especially the guys that had to race their way into the Chase, like Kasey (Kahne) and Jeff (Gordon). Everybody is on their game right now. Every year I say it and every year I’m proven right – it’s just the most competitive Chase field we’ve seen. Who do you predict is going to win this thing? I don’t know how you could predict anything. I’m the last to predict anything after last year. I never even thought we deserved to be in it, let alone have a shot to win it. I’m definitely not going to be an oddsmaker in Vegas for sure, as far as going out there and helping them handicap all this.”

What, if anything, is different about going into this year’s Chase compared to last year? “I think the biggest thing is nine points. I know it doesn’t sound like a lot, but considering the way the season ended up for us last year and tying with Carl (Edwards) for the point lead and winning the championship on a tiebreaker – having these three wins going into the Chase versus last year, there’s so much value to it, versus being tied for ninth or 10th like we were last year. We’re tied for second this year. So we’ve already got a jump start on where we were a year ago. I think if anything, everybody is real conscious of the fact that one spot – that one point – can make such a big difference after last year. I think you’re going to see guys fighting hard to lead a lap. You’re going to see guys fighting really hard to lead the most laps and to get everything they can get. The dynamic of it is just a little different than what it was last year.”

What you were able to do last year was absolutely incredible. Do you feel like you can do it again? “The hard thing is that a year ago, I didn’t even think that we belonged in the Chase. To go from that mindset to winning five races and winning the championship, I mean, no matter how you feel sitting here today, you know it’s possible. I guess if anything, that’s why we feel a little bit better going into this Chase. I’m not sure that we’re exactly where we need to be, but it’s proof. We’ll go into this weekend with a positive attitude, and we’ll do the best we can. We’ll take it one week at a time and we’ll take what it gives us.”

While the results you’ve had leading into the Chase haven’t been what you wanted, you’ve shown that over the course of a race, you get better, with the last race at Richmond (Va.) International Raceway being the most recent example, where you qualified 28th and led 15 laps before finishing fourth. How do you feel coming into the Chase? “We’re getting there. I think we’re finding some things we’ve been missing on, and there’s no better time to find it than going into this week. I feel like we are gaining on it. I think we’re in better position than we were last year. But I’m not sure that I’m happy and comfortable like Jimmie (Johnson) and Chad (Knaus, crew chief for Johnson). The one thing is I don’t care how good or bad anybody feels about their program, what we did last year is proof that it can be terrible until Sunday, and then Sunday it can all turn around.”

Is there any particular driver who you worry about the most in this year’s Chase? “Jimmie Johnson. He knows how to do it. He knows the mindset. There’s a difference between Jimmie and somebody like Denny (Hamlin) or Martin (Truex Jr.) who has not won a championship yet in this series. I don’t care whether you win one or whether you win five, but if you have not won one there is a difference in the strategy in your mind, and the mindset of knowing how to win it. You think you know how to win it, but until you have one won, you don’t understand the pressure that’s involved and everything that goes along with it. Jimmie knows that and he knows it year after year after year. I would say the way they’re running and with his mindset, he’s probably the guy that I look at the most.”

You’re the only driver to have won a championship under the old season-long format (2002), a championship under the 10-driver Chase format (2005) and the current 12-driver Chase format (2011). Do you feel a sense of the history in that achievement? “Honestly, not as much as I should. It’s such a good feeling knowing that we’ve had that opportunity. Obviously, things have changed a lot in the last couple of years with the way the Chase is constructed. But just to have that opportunity each year is something every team is striving for. Now that we’re locked into that position, we’ve got 10 weeks to go out there and make that become a reality again.”