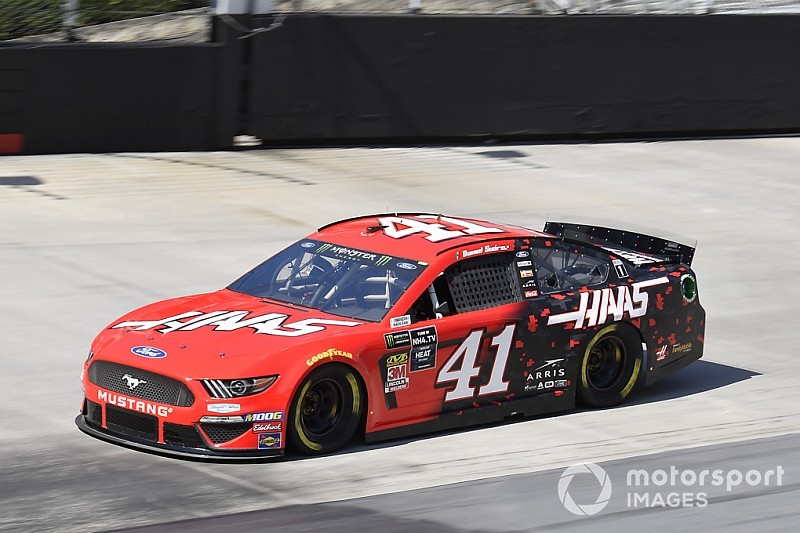 Daniel Suarez can see the light at the end of the NASCAR playoff tunnel.

Some smart stage racing strategy and a gritty eighth-place finish in Saturday night’s Bass Pro Shops Night Race at Bristol (Tenn.) Motor Speedway has put Suarez into position to claim one of the 16 berths in the Cup Series playoffs.

With two races remaining before the 16-driver field is set, Suarez now owns the last spot, holding a two-point advantage over Clint Bowyer.

Races at Darlington, S.C., and Indianapolis Motor Speedway remain before the playoffs begin at Las Vegas.

Bowyer actually finished ahead of Suarez in the race, but a decision by Suarez’s team to not pit late in Stage 2 gave him a second-place finish and nine extra points.

“I feel like we had a top-10 car the entire weekend and that’s pretty much where we ran. We had some ups and downs on pit road and had some mistakes there as well as some electrical issues that I feel like we’re lucky we were able to continue to finish the race with the battery, but overall I’m proud of my team,” Suarez said.

“Hopefully, we can keep the momentum going in the next few weeks.”

“We have to just keep making those decisions.”

Had Matt DiBenedetto won the race – Denny Hamlin passed him with 11 of 500 laps remaining to take the victory – that would have greatly shaken up the playoff picture, putting drivers who haven’t won yet this season like Suarez is a dire situation.

Suarez said he remains focused on what his No. 41 Stewart-Haas Racing team does because it’s all he can control.

“I feel like I have to do my race and let everything else play out by itself. I can’t control that, but I will tell you that I wish in a way I’m kind of lucky that he didn’t win, but I wish he would have won the race because he’s an amazing driver,” Suarez said.

“He deserves that ride and he’s been doing a very good job this year.”

Emotional DiBenedetto "wanted to win so bad" at Bristol