Daniel Suarez: "I never felt I had everything to win" at JGR

While Daniel Suarez says his time at Joe Gibbs Racing was “really good,” when it came to his hurried move to the NASCAR Cup Series, he felt he never had a “winning team.” 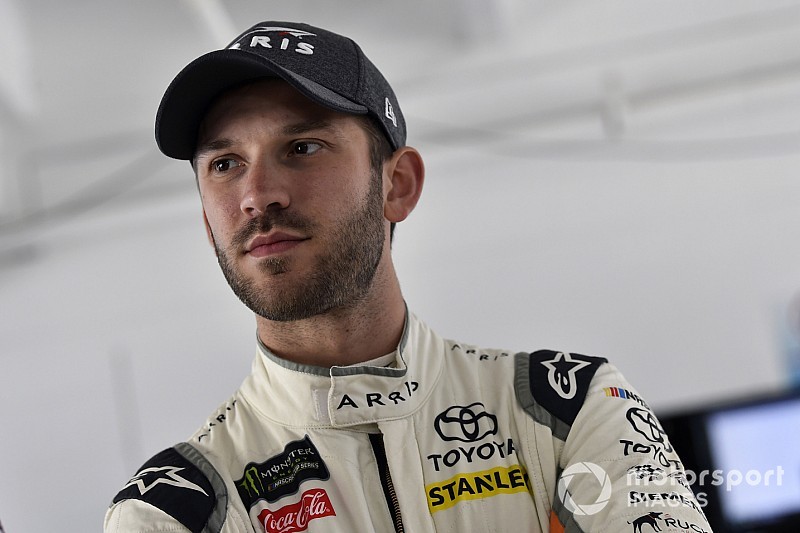 JGR elected not to re-sign Suarez at the end of this season, instead adding 2017 Cup series champion Martin Truex Jr. and his crew chief, Cole Pearn, to take over the No. 19 Toyota team in 2019.

Suarez, 26, the 2016 NASCAR Xfinity Series champion, remains without a ride for next season for the time being. Suarez, however, remains a top candidate to join Stewart-Haas Racing, sources said.

“Joe Gibbs Racing was really good for me. We ran together for four and a half years. We won races, we won a championship and a lot of good things, but when we got in the Cup Series, things were not the same,” Suarez told Motorsport.com prior to an appearance at a go-kart event in Brazil.

“I never felt like I had everything to win. Lots of people changes, but I’ve never had a winning team. I moved from Mexico to the United States to win, not just to race. The JGR is a great team but I felt it was not my home, I felt it was not the place to be to win races and maybe, one day, the championship. There was something inside me that said I needed a change.”

Suarez got rushed into the No. 19 Cup ride in 2017 when Carl Edwards unexpectedly announced he was leaving NASCAR following the 2016 season. JGR had planned to run Suarez at least another year in the Xfinity Series.

“When I went to the Cup Series it was very fast. The team was not thinking about putting me in the Cup car that year (2017), but Carl Edwards was retiring. It was all very fast,” he said. “Two months after I got in, the crew chief left, the car chief left, engineers left, a lot of things changed and I did not like that.

“This year, again, they changed many things and it was not for the better, I was not in agreement with all the changes. I talked a lot, I’m a very direct person in what I see and what I say. The staff took care of this, but I don’t know if they took care of it right.

“Thank God, there were a lot of really good opportunities out of Joe Gibbs and I felt like I had to take a step forward in my career.”

Suarez said he and his team saw little progress from a rocky start in his rookie season and never developed the consistency needed to become a contender for wins.

“I didn’t feel that in two years we improved, I felt worse. By the end of the first year we were much better than a year later. I, as a driver, always looked for the best, and the results were no better. I felt it was time for change,” he said.

“We had good races (in 2018). We finished second in Pocono after a pole position, but we were not constant. Today we were running in the top-5 and tomorrow in the top-20, it was very inconsistent.”

In two Cup seasons, Suarez had four top-five and 21 top-10 finishes in 72 career starts. He won one pole. His career-best finish was second at Pocono earlier this year. In two seasons, he finished 20th and 21st in the series standings.

Suarez is confident his new Cup ride will provide more opportunities for success.

‘What I can say is we will be in the NASCAR Cup in a good team. We’re working on the last few details, but we’ll be fine. I hope to be in a position to win races next year,” he said.

“I hope I can share everything with the people who follow NASCAR soon. I hope it’s in December, not later than January.”