Swan Racing Taps Parker Kligerman to Pilot the No. 30 Toyota

Swan Racing today announced that Parker Kligerman will make his NASCAR Sprint Cup Series debut in the No. 30 Swan Energy Toyota on Sunday, November 3 for the AAA Texas 500 at Texas Motor Speedway. 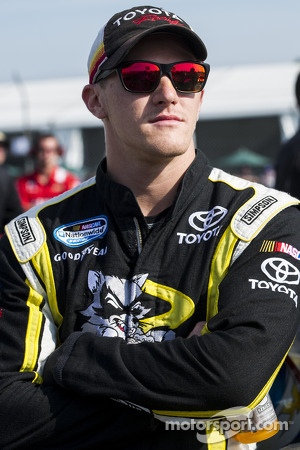 "Since I started racing, my dream like many young racers, was to get to the top, which means competing in the NASCAR Sprint Cup Series," said Kligerman. "Now that Swan Racing has given me that opportunity, I hope to make the most of it. I am truly grateful for the opportunity and to Swan Racing."

"Parker is one of the truly gifted young drivers that will be winning races in the NASCAR Sprint Cup Series in the near future," said owner Brandon Davis. "We are really looking forward to evaluating him at the AAA Texas 500 at Texas Motor Speedway."