Much like Kyle Larson’s victory at Dover, Ryan Blaney’s Talladega win Monday has turned his 2019 season upside down – and that’s a good thing. 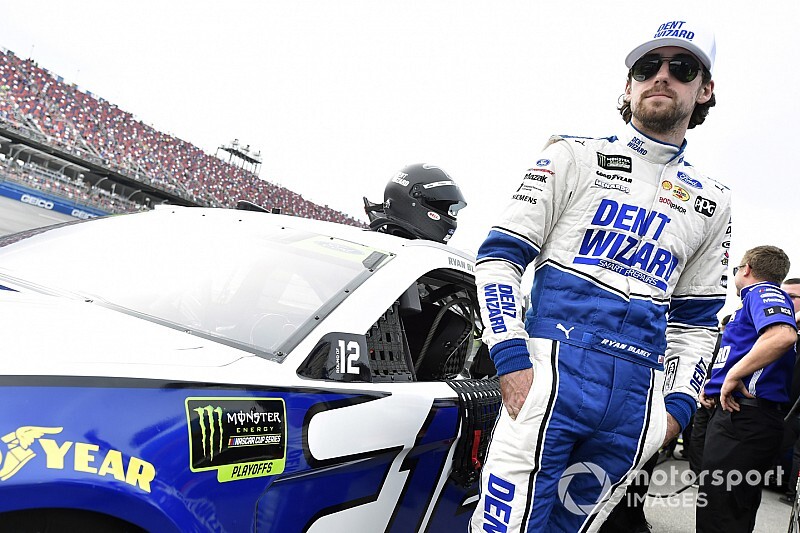 Blaney entered the race at Talladega without a NASCAR Cup Series victory in more than a year and with little chance to advance in the playoffs without the benefit of a victory at Talladega or this weekend at Kansas.

But that’s exactly what he was able to pull off, edging Ryan Newman at the line in a photo finish that not only ended his victory drought, but advanced him to the next round of the playoff regardless of how he performs at Kansas.

“We felt like going into it, we had a shot of at winning one of these (two races). That was our goal,” said Blaney’s crew chief, Jeremy Bullins. “I’m really excited about the Round of 8. Some great race tracks for us.

“For us, we’re a little bit playing on house money. We’ll go try to win a championship.”

Both drivers got wins at a very opportune time, entering part of the playoff schedule featuring tracks on which both have had success.

“Wins have kind of alluded us this year after I felt like we should have had two or three already. It was nice to put one together,” Blaney said.

“I definitely think it will take a win in the Round of 8 to get you to the Championship 4 if you are not one of those top guys that have had tons of wins throughout the regular season and a lot of bonus points.”

Could a driver and team which hasn’t won a race in over a year suddenly rattle off two in the span of a few weeks?

Given his previous performances at Martinsville, Texas and Phoenix, Blaney doesn’t see why not.

“I think those are three really good tracks for us. It’s just a matter of executing and doing all we can in our power to run the race the best that we can and adapt throughout the race.”

Like Blaney, Bullins believes the No. 12 Penske team is going to need to come out with another victory to have a shot at competing for the series championship, but it’s not out of the question.

“Like I said, at the end of the day you’re trying to win. You know this format requires wins. We get tired of hearing that the No. 12 car led the most laps without winning, all that kind of stuff,” he said.

“We’re trying to win races as hard as anybody. The effort is there.”