Red flag at Texas as crash takes out several contenders

219 laps into Sunday's 500-mile NASCAR Cup Series race at Texas Motor Speedway, the event was halted due to a pileup on the frontstretch.

Just after the restart to begin the final stage, Ryan Blaney slid up the track and stacked up the midfield exiting Turn 4.

On the frontstretch, the field went three-wide and Kurt Busch got into Aric Almirola, who in turn hooked Kyle Busch into his teammate Martin Truex Jr.

From that point on, the wreck was on. Busch slid through the grass while Truex slammed the outside wall before getting hit by oncoming traffic. 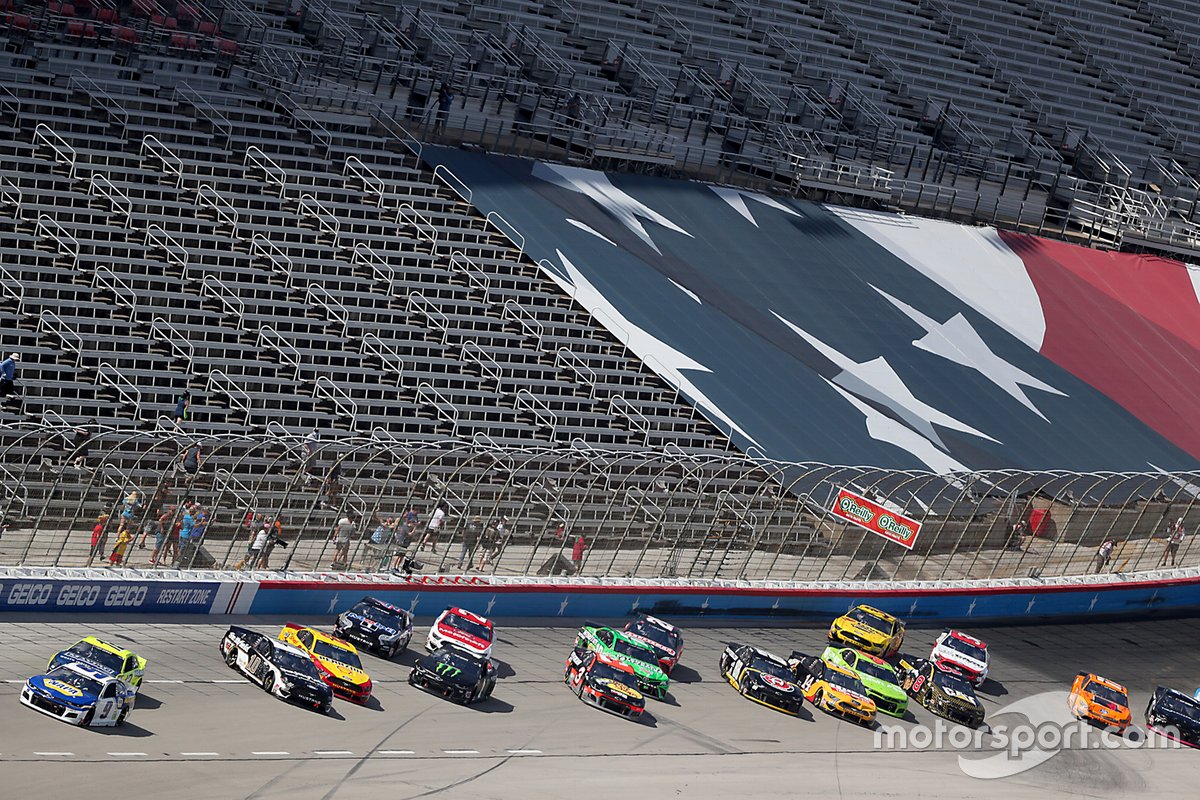 Cars are parked on the front stretch during Red Flag

"It's always one of the most humbling sports you can be a part of. Winning last night and part of a wreck this week," said Custer. "I was as hard on the brakes as I could and then the No. 19 (Truex) I think came down from hitting the wall and just one of those things, you couldn't really go anywhere."

NASCAR immediately displayed the red flag to clean the track of debris, which lasted for 11 minutes and 29 seconds.

What time and channel is the Texas NASCAR race today?