The Cosmopolitan to back Darrell Wallace Jr. at Las Vegas 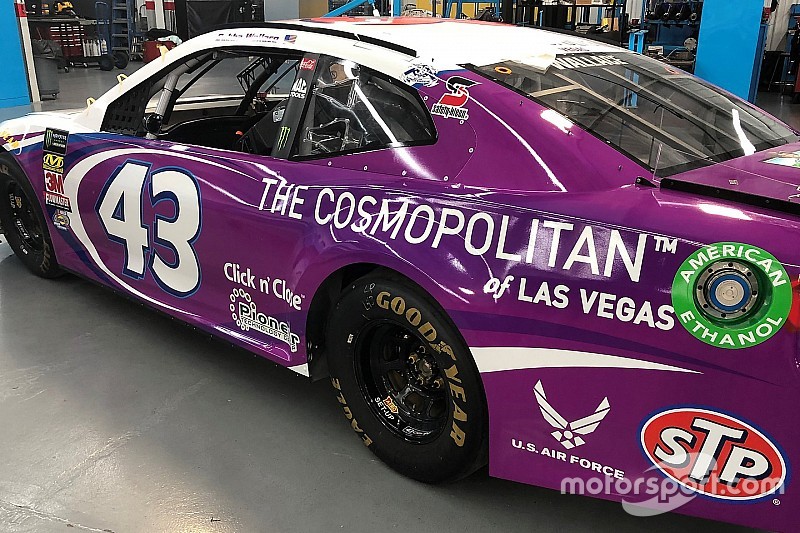 The No. 43 Richard Petty Motorsports Chevrolet Camaro will have a new look this weekend at Las Vegas Motor Speedway.

The Cosmopolitan of Las Vegas will serve as the primary sponsor for Darrell Wallace Jr. in his seventh career Monster Energy NASCAR Cup Series race and first at Las Vegas Motor Speedway.

“The Cosmopolitan is one of the coolest places on the Strip,” said Wallace Jr in a release from RPM. “Everything that is a part of the resort is the best of the best of Vegas. I enjoy going to Las Vegas, having fun, eating great food and just being able to relax at an amazing place like The Cosmopolitan. This is a pretty cool sponsorship.”

After finishing second in his very first Daytona 500, Wallace found trouble at Atlanta and placed 32nd. He now heads into the third round of 2018 MENCS championship 14th in the standings.

Eye in the Sky: Tim Fedewa brings a driver’s view for Kevin Harvick