The other side of Alex Bowman - Part 2 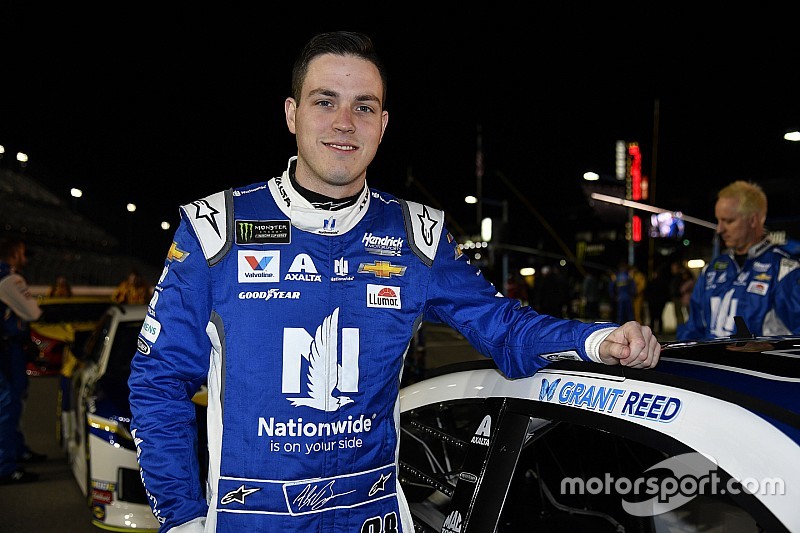 Over the next several months on Motorsport.com, Monster Energy NASCAR Cup Series driver Alex Bowman will occasionally share a first-person diary, giving fans a behind-the-scenes look at his life both on the track and off.

Well, the Daytona 500 went pretty well for most of the race. We had a couple of mistakes on our side. The over-the-wall-too-soon penalty hurt us in the second stage. We were running second to (Denny Hamlin) and I probably shouldn’t have pulled out of line there. But we were having a lot of radio issues because our antenna broke. I couldn’t really hear my spotter. All I heard then was, ‘The run’s up high.’ I got out of line to try to get in front of the top lane and I got up and there was no top lane. I was kind of like, ‘Well, this was a kind of bad decision.’ Later we were running fourth or fifth and (Erik Jones) shut off in front of us and that kind of sunk our ship. We were buried at that point. Then we got caught up in a couple crashes. It was frustrating and I wish it ended a little better. We did a good job of getting it fixed on pit road and still managed to finish 11th. I definitely wanted a lot more, especially with how fast our car was and how well we all worked together at Hendrick Motorsports. It was an interesting race, for sure. It was much less single-file that I expected but I think the drivers put on a good show.

I really think the four of us Hendrick drivers worked really well together. We’ve been gaining on that very slowly but I feel that’s the best job we’ve done just between the four of us. I think that’s a big positive. It’s something that you will see a lot more of this year just with the style of racing that we’re going to have in the Cup series.

The week of the 500, we put Grant Reed’s name on the passenger side of my car. Grant was a patient at Nationwide Children’s Hospital in Columbus, Ohio. He was a huge Ohio State Buckeyes and NASCAR fan. He died the Sunday before the 500 after a seven-year battle with cancer. It’s very humbling to visit the Nationwide Children’s Hospital. I’ve been there a couple times and I’ve been to a number of other children’s hospitals. The Nationwide Children’s Hospital is an amazing place and it’s different than any other place I’ve been. It’s cool to go there, you always feel like you learn something new. If I’m a little spark of hope to one person in there, that’s really neat. It was an honor to have Grant’s name on the car. That was really cool. I wish we could have parked it in Victory Lane for him.

On the morning of the 500, I invited some of our partners from Nationwide over to my motor home and presented them with a donation and a special gift. I’ve spent a lot of time at the Children’s Hospital and they have two therapy dogs up there, one of which is named Beck. Apparently Beck paints. He literally bites the brush and paints. I thought that was very cool. I made a donation toward the classroom in the rehab unit and as part of that I wanted to show my appreciation to all the people at Nationwide that manage the account and work on the NASCAR side on a daily basis. So, we had Beck paint some paintings for them. They have been such a great partner. It’s been a lot of fun and anything I can do to show my appreciation to them and get a dog involved – I’m all for it.

Unlike most of the drivers, I stuck around in Daytona after the 500. I was one of three cars to participate in a Goodyear tire test with the new aero package that will be used beginning at Talladega this spring. The best part about staying for Monday and Tuesday’s test was Sunday night in the Daytona infield, for sure. That was pretty interesting. I can’t imagine what Saturday night is like, but Sunday night was still pretty wild. That was fun. We tested 12 to 8 p.m. Monday and 8 a.m. to 2 p.m. on Tuesday. It’s hard to learn a lot with three cars. I hope NASCAR and Goodyear got the info they needed. It was a pretty smooth test. The only difference I could tell from driving my car over Speedweeks, was it gets up to speed faster. With a restrictor-plate, if feels like it takes forever to get up to speed. Now with the tampered spacer and more power, you get up to your max speed faster.

So, at Atlanta this weekend, this is the first time we’ll run most of the new aero package. I’m really interested to see how it’s going to go. I don’t think anybody has a real good idea how it’s going to go. There’s been some tests but none of those cars had to go through tech at the tests and all that. So nobody really knows what they have, I don’t think. We were really optimistic coming in here last year and then the race kind of broke our hearts a little bit. Hopefully, it’s better than that. I think we’ve put a lot of work into these cars in the offseason and made a lot of progress. It’s going to be interesting – nobody really knows how long you’ll run wide-open or how the draft will work here. I think the test here just had three cars, so we’ll just have to wait and see.