The other side of Alex Bowman - Part 6 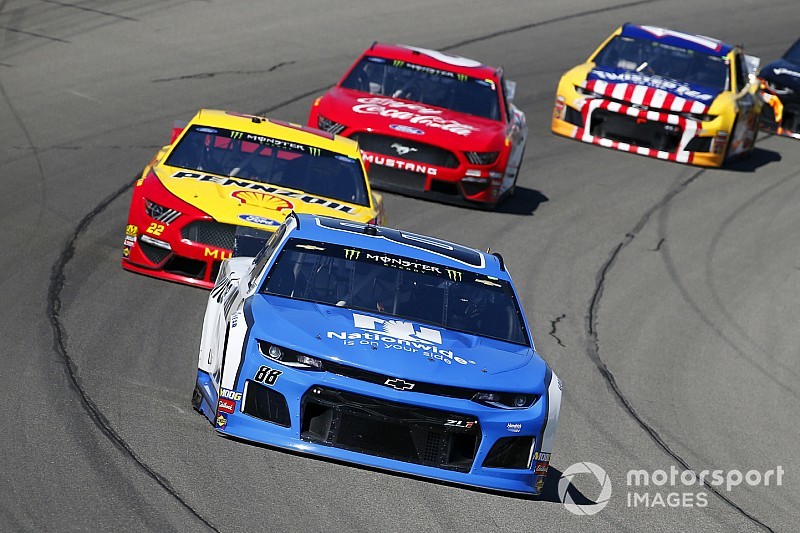 Over the last month, we greatly improved our finishes and our position in the points standings but we still have had some problems here and there. Things like not getting our car through technical inspection at Dover and having to start in the back, Kansas we had a loose wheel – things like that have still bit us but we have been able to recover a little better. I think that comes from having faster race cars, which makes my job way easier. It’s hard to put a finger on exactly what’s changed or what we’ve gotten better at lately other than just being faster. So, that’s been really good.

Pocono was a little rough. We had a top-five run going and lost fourth gear there at the end. The string of second-place finishes (three in a row) helped remind me, ‘Hey, we can still do this,’ but it seems so long ago now with the way our season works. We’re definitely stronger than we were and we’ll continue to work to get better. I’m just very week-to-week about it lately. Everywhere is so different, you just never know what to expect.

I wasn’t sure what to expect at Michigan, especially after practice. I feel like it raced better than we expected after practice. Obviously, it being cool and overcast was really the best-case scenario for the package. Hopefully, it worked out to be a good race, it looked like a good race from where I was at. It was really hard to pass without help, but we were still able to come through the field more than you were in practice, so that was good. I wish we would have ended up a little better, but we’ll take (the 10th place finish) and move on.

Keeping up with the package

Trying to predict what we see this season has been really difficult. The only race where a lot of us seemed to be on the money was Pocono. We all thought it was going to be really hard to pass because we weren’t going to be wide-open. It ended up probably harder to pass than we all thought. At Michigan, they dragged the tire dragon through the bottom (groove) and the middle instead of the top where it needs it. They’re smarter than me I guess because I didn’t understand that one. It’s a narrow race track. Guys could come down on your door and it was hard to race side-by-side with somebody because you got so loose. This package, even though it isn’t changing, it is changing for us because everybody is figuring out different stuff and what they take to the race track is kind of evolving. The race cars have changed rapidly this season. And then the schedule has thrown us for a loop as there is little time to get our cars ready after final practice. The team guys have had to get so much work done so quickly – it’s been pretty rough on them. Everybody is trying to learn as they go and make the process as efficient as possible.

Once again this week, we have a rare off-week in the Cup Series schedule and once again I will not be taking any vacation. On the last off week I moved into a new house closer to Hendrick Motorsports. I sold my old house a lot faster than I thought I would so now I have to move my stuff out of my shop. It’s not something I’m looking forward to. Moving is never fun and especially now I have to do it twice because I’m renting some space for now. Being closer to the shop is really nice. It’s saving me a lot of time for sure.

When we get back to the track, we’ll be headed to Sonoma (Calf.) Raceway. I had my best finish there last year (ninth) and they’ve also changed the track, adding back in ‘The Carousel’ which adds about a half-mile distance to the track layout. I don’t really consider myself a very good road racer. It’s hard to be confident going into that place for me. I just don’t have a lot of road racing experience. I just feel like I need to go into it very open-minded and try to learn as much as I can throughout the weekend. Then I need to maximize any opportunities and try not to make mistakes during the race. The new track should be interesting. I’ve been in the simulator running it. I am looking forward to it. I like new things. In the simulator the Carousel was a lot slower and tighter than I thought it would be. It looks like a corner you could roll a lot of speed and get pretty quick through, but it’s not. It should be quite an experience.