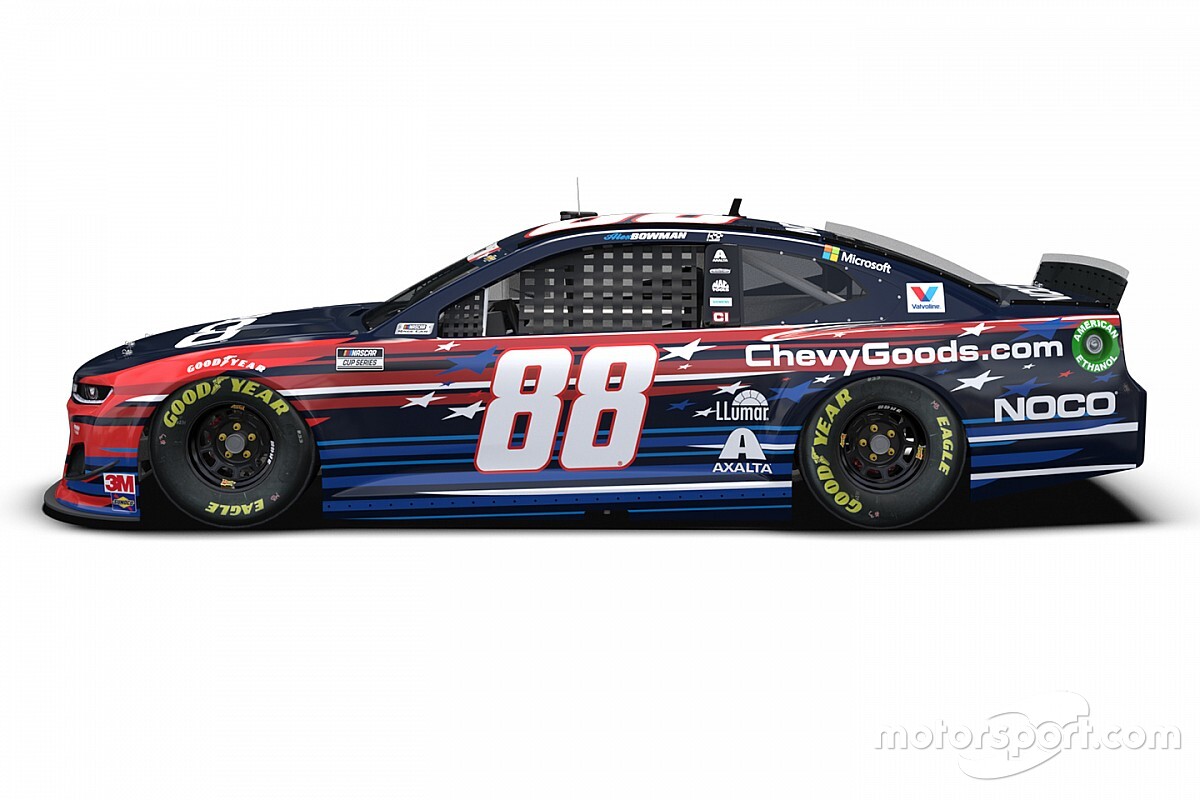 It was really good to get back in the car this past week at Darlington. I definitely enjoy driving a real race car more than a virtual one. It was fun to have a strong run Sunday, really for all four Hendrick Motorsports cars to have strong runs. The second race was really good for us. We didn’t get the finish we wanted in the second race but we were really fast. The strategy didn’t go our way, I got in the wall, got some damage, and then that last (pit) stop right before it started raining, we stopped the car on the air hose. So, we went from a solid top-10 day to an 18th-place day. It was just one of those deals but it was really good to be back. I think HMS has a lot speed right now.

I really didn’t know what to expect going into the week at Darlington. It’s just such a different circumstance for us all to be in. I think some people thought the medical screening process to get in would take super-long to get through, and the drivers had to get there pretty early, but everything was pretty efficient. It went pretty quickly. There is a lot of downtime at the race track for us, just sitting in our bus not really doing much. That’s without rain delays. But I think it’s gone very smoothly. I think NASCAR has done a really good job making our jobs really easy. It’s pretty self-explanatory what we have to do when we get there. 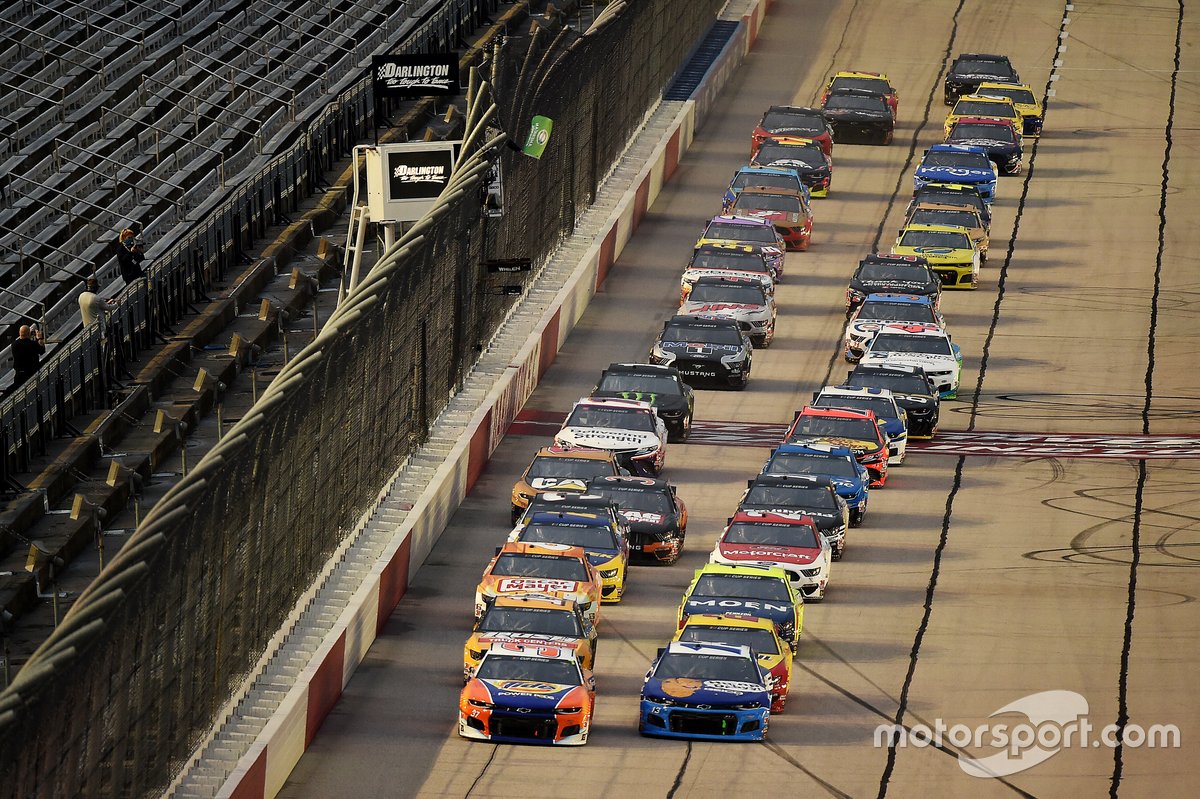 I was really glad to get my contract extension with HMS out of the way before we got back to racing. It’s such an uncertain time right now with everything going on. Just to be able to secure another season made me feel a lot better. I’m happy not having to worry about 2021 and we can go from there. HMS is where I want to be. With tough times like this, they’ve done a really great job of handling everything. The landscape sport is so different these days. The sponsorship side of the sport has changed so much. There are so many uncertain things, especially now with the COVID-19 pandemic. A new car is coming and so many things are changing, I think it’s much harder these days for a team to put a big long-term contract in front of somebody than it was say 10 or 15 years ago. I think shorter deals is the common thing right now. Sometimes it gets annoying having to talk about renewing your deal all the time but it’s just the way things are right now.

I’m really excited heading into the next two races at Charlotte. I feel like our intermediate program is super-strong right now. I think the Coca-Cola 600 has always been a very interesting race. You want to be around at the end and be strong late, keep the right-side on it. I haven’t been able to do that the last two races at Darlington and I think the last oval race at Charlotte I hit the wall, too. So, I’m going to try to keep the right-side on it and not be dumb. We should be really strong. It’s a neat race and physically I feel like I’m in the best shape of my life. I just need to mentally stay in it the whole time.

This week we unveiled the paint scheme I’ll be running on my No. 88 Chevrolet Camaro ZL1 1LE for the 600, which includes the name of U.S. Army Staff Sgt. Scott W. Brunkhorst across the windshield. Brunkhorst died in Afghanistan in March 2010 when enemy forces attacked his unit with an IED. He was 25 years old and from Fayetteville, N.C. It’s always special honoring the men and women in the Armed Forces. It will be an honor having him on board and hopefully we can put the car in Victory Lane for his family and friends.

Doing a 300-mile race at Charlotte will be really interesting. It’s a short race and we’ll have to get after it the whole time. That will be fun. It would be nice if the bad weather stayed away. Mother Nature seems to kind of hate us right now. It’s way easier to pass at Charlotte than it is at Darlington. Some of the frustrations you saw some guys having Wednesday night and the huge advantage clean air was won’t be as big at Charlotte, at least in my opinion. It might be a little calmer. It’s still the length of an Xfinity Series race so I’m pretty sure we’ll all get after it pretty good. 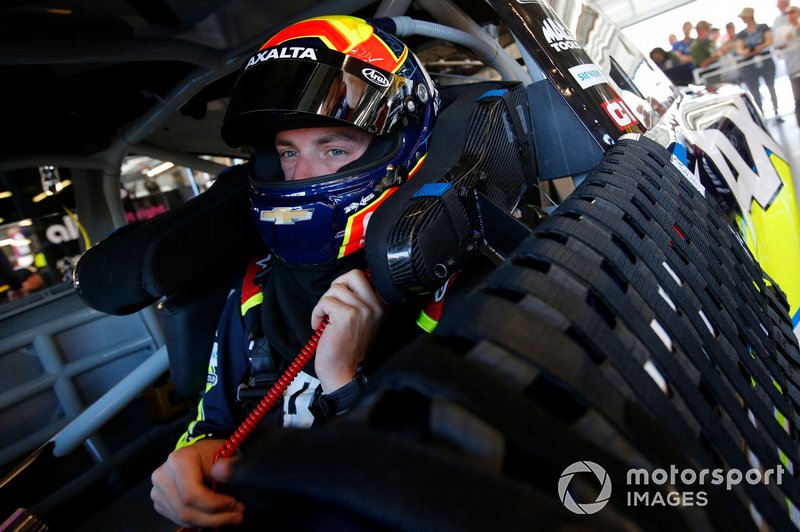 What have you done different from last year that has made you a more focused driver this season?

Probably having things more organized away from the race track. I probably have more going on every day but I’m much more into a routine. I just feel like I’m more organized. It’s kind of hard to explain. Last year during the week, I was just do whatever. We would have meetings and I would have workouts every day but in the down time I would just do whatever I wanted to. This year, I basically work a fulltime job in my shop, working on race cars and street cars and other projects and stuff like that. It’s work, but it’s what I like to do, right? For some reason, having that routine and doing that every day, waking up in the morning and going to the shop every day, has helped me stay more organized and allowed me to get into better a rhythm with things.

Does your driving style change the rest of the regular season knowing you already have a win and are in the playoffs?

I think I was pretty aggressive in the race Wednesday night and paid for it there with the damage we received. I’ve been pretty frustrated with myself that last couple days because I’ve been trying not to do that but at the same time, I was just giving it 100-percent and trying to get

through the field as fast as I could. I think there are definitely some risks you can take that if you were points racing, you wouldn’t sometimes take. At the same time, it is early but we’re not far out of the points lead and it would be cool to contend for that regular season championship. You don’t want to take any unnecessary risks and you don’t want to create any extra work for your team. If you take a bunch of risks and tear a bunch of cars up in the regular season, it’s hard to just flip a switch when the playoffs start. We want to run well every week and find the right risks to take every week.

Do you really communicate with dogs, because I have heard that takes talent?

I talk to my dogs a lot. I don’t know if that counts as communicating. They definitely don’t listen a lot. Well, Finn does but Roscoe doesn’t. Roscoe just does his own thing. I think they’re listening and if so then we’re communicating I guess. They definitely look at me funny sometimes. It’s not the easiest thing to have two large dogs and travel 40 weeks of the year. It’s tougher than people realize. I don’t have my own plane and the race team that I drive for has a no pets policy on its planes, so it gets pretty tough throughout the year. Sometimes I feel like I don’t get to spend as much time with them as I would like to but they are a big part of my life.