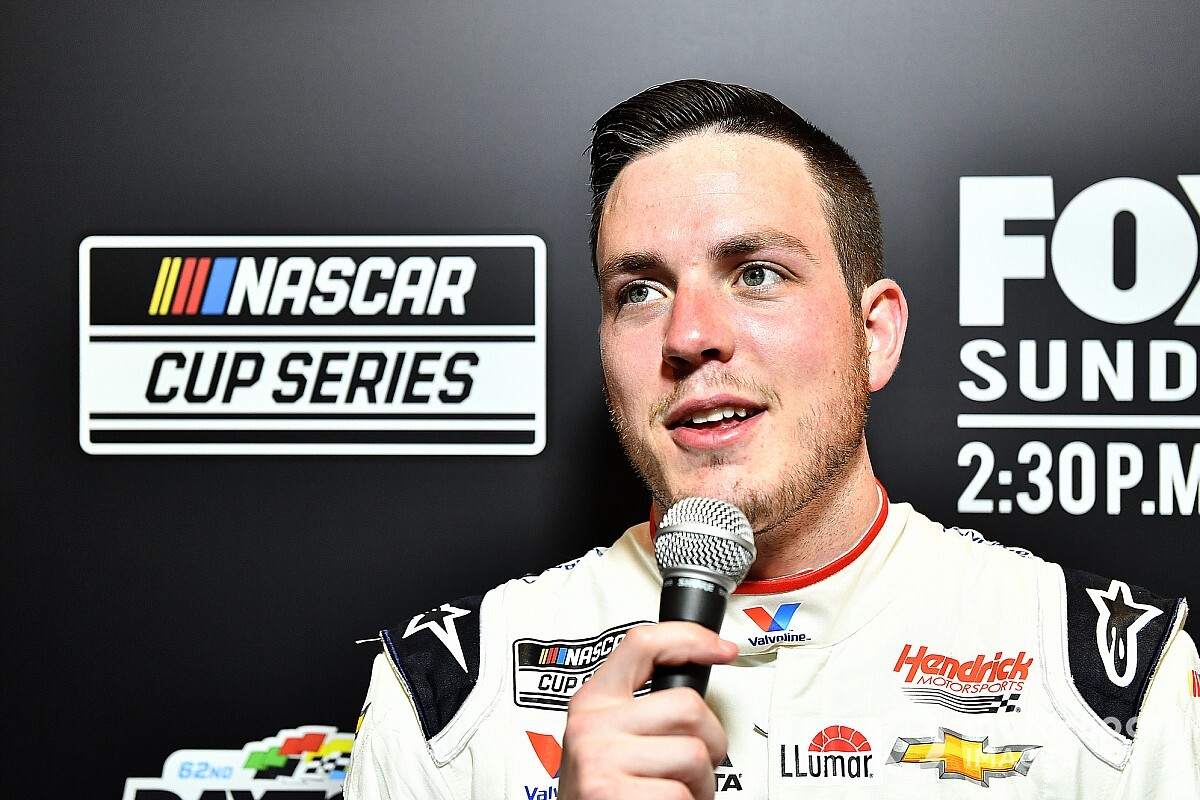 Even though we haven’t been racing, I’ve been keeping busy. We finished my new race shop finally. We got all moved in. That’s really been the biggest thing – getting moved in and set up and organized and all that. It’s a pain in the butt. But I’m glad to get all that done. I’ve started a couple new projects – I really shouldn’t be allowed to be bored.

I decided to build a drift car, so I bought a base model C6 Corvette and we’re going to make a drift car out of it. That showed up on Friday. I’ve been tinkering with it and it will be going to the shop that’s going to do the cage in it any day. That will be fun. I’ve been friends with some of the Formula drift guys; I’ve definitely always been interested in it and wanted to do it.

Since Corvettes have a little more common and parts and pieces have become a little more readily available, it just seemed like a good project. It was hard for a couple years because there wasn’t a Chevy that you could go buy that was easy to turn into a drift car. Some of the pro guys in that field in particular knocked that barrier down a little bit with the C6 Corvette. Now there is just about everything you need – bolt-on parts are available that you can order off the internet. You don’t really need to make anything yourself and it’s all fairly simple.

I’m also swapping out motors in my 1966 Chevy C10. It has an LS 5.3 engine in it now and we’re going to swap that out for an LS 7 crate engine that I have. It’ll make 620 to 630 horsepower and be pretty fun. The reason why I say I shouldn’t be allowed to be bored is because it’s just become project after project that I probably don’t need. Like I was bored and it ended up ‘Well, hey, let’s build a drift car’ and now I’m swamped with drift car stuff. Or, ‘Let’s swap the motor out of the C10’ and now I’ll be at the shop all night for the next three nights doing that. I get myself into these big projects. Like the drift car thing, I was like ‘I won’t spend much money on it’ but then I want this and I want that. Getting too far into things like that sometimes is the perfect example of why I shouldn’t be allowed to be bored.

Midgets were always my favorite race cars to race, I probably like the pavement side better than the dirt side because I was better at it. Pavement midgets put on some amazing races and I’ve been to some cool race tracks. It’s sad that they really don’t run them much anymore so when I saw they were going to run the ‘Night Before The 500’ pavement race before the rescheduled Indianapolis 500, I got really excited. I still have a pavement midget – it’s just been sitting for 10 years. I decided to go through it and put a parts list together and try to have it together to go to that race. Hopefully, we’ll be back racing and the way the schedule looks like it will work out I probably won’t be able to be there but I’ll at least have it ready for somebody to run there. And if I can’t make that one, than hopefully the next one.

I spent some time talking to Bob East (USAC car builder) this week. When I was 15 or 16 years old, I’d call Bob before every race and kind of go through what shocks I should build and what I should do set-up wise for the car before we went to the race track. He would help me, walk me through, helped me build shocks way back in the day. I think getting to call him and talking about everything was pretty cool. I don’t think he was surprised to hear from me. There are a handful of guys that have always raced their hand that if there was ever a pavement midget race that they would be a part of it and I was definitely one of them. When you think about pavement midgets, there really wasn’t another competitive car aside from Bob. For the most part, Bob had that deal pretty well covered. I’m sure he’s getting a lot of phone calls right now from people ordering parts simply because a lot of the cars out there sitting are his cars. It’s kind of hard to go anywhere else.

We stripped my car about two weeks ago and the parts have started trickling in. It would have been easy to just kind of throw an engine in it and go but my OCD won’t let me do that. I’ve got to make everything really nice and have fun with it. It’s probably going to make it more expensive than it needs to be and more of a pain in the butt than it needs to be but it’ll be nice and I’ll be happy with it.

Hopefully, we get back to real racing soon because obviously I’m not very good at this iRacing thing. I’m definitely looking forward to driving a real race car rather than a virtual one as quickly as possible. If I take it super-seriously and put a lot of pressure on myself then I’m going to have zero fun. I’m just trying to have fun with it. I picked a really bad week not to do any practice at all. The Richmond race was quite a bit harder than I thought it would be. That was my bad. I should have been more prepared than I was. It’s good to keep our sponsors on TV and keep the fans plugged in and involved.

Logano to star in next round of Supercars Eseries