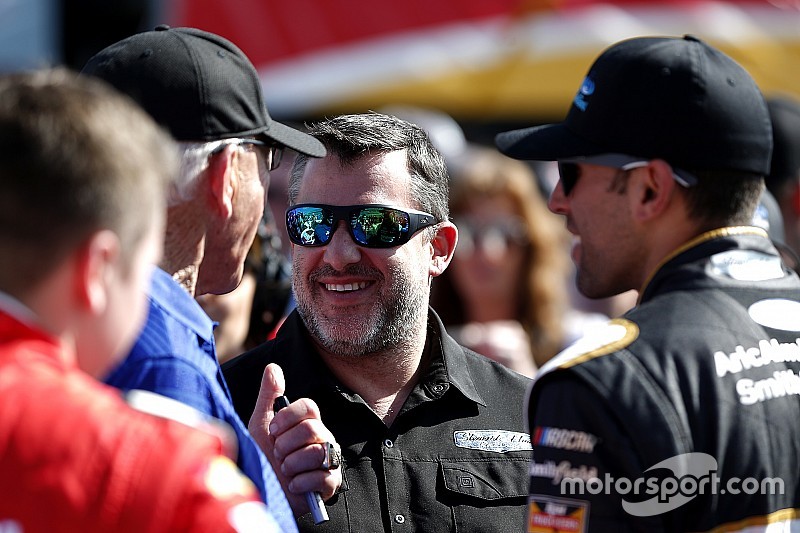 Tony Stewart, a three-time champion in what is now the Monster Energy NASCAR Cup Series, headlines the newest list of Hall of Fame nominees.

The list of 20 nominees for the Class of 2020 includes six first-time nominees whose careers span the entirety of NASCAR competition.

Stewart, who is currently co-owner of Stewart-Haas Racing and continues to compete on dirt tracks across the country, won 49 races in the Cup series, including two wins in the prestigious Brickyard 400. Stewart, 47, won the Cup title three times (most recently in 2011) and also collected 11 wins in what is now the Xfinity Series and a pair in Trucks.

This was his first year he was eligible to be nominated.

The nominees were selected by a nominating committee consisting of representatives from NASCAR, the NASCAR Hall of Fame, track owners from major facilities and historic short tracks and the media. The committee’s votes were tabulated by accounting firm EY.

From the list of 20 nominees, five inductees will be elected by the NASCAR Hall of Fame Voting Panel, which includes a nationwide fan vote on NASCAR.com. Voting Day for the 2019 class will be May 2.

Following are the 20 nominees for induction into the NASCAR Hall of Fame, listed alphabetically:

Buddy Baker, won 19 times in the NASCAR Cup Series, including the Daytona 500 and Southern 500

Bobby Labonte, won a championship in both the Cup Series and XFINITY Series

Red Vogt, the first master mechanic of NASCAR, and a founding member

The five nominees for the Landmark Award, listed alphabetically, are as follows:

Edsel Ford II, Member of the Board of Directors for Ford Motor Company, long-time NASCAR supporter

The other side of Alex Bowman - Part 3