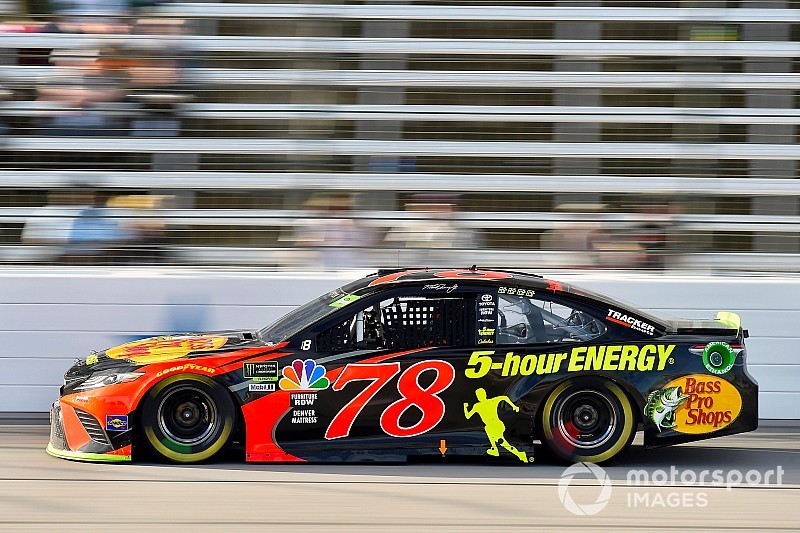 Motorsport.com continues its annual countdown of the biggest stories in racing this year with Furniture Row Racing closing their doors sitting at No. 8 on our list.

Furniture Row Racing was an anomaly in modern NASCAR, having risen to the very top of the sport as a single-car operation in just over a decade.

Barney Visser's outfit started out at Dover in 2005, finishing a quiet 34th with Kenny Wallace at the wheel. Visser's company Furniture Row was the only sponsor on the Chevrolet Monte Carlo.

In 2008, they won their first pole with Joe Nemechek at Talladega, but it wasn't until 2011 that their hard work and dedication proved fruitful.

Regan Smith was their driver and they kicked off the year with their first top-ten as an organization, placing seventh in the Daytona 500. But just ten races into the season, a gamble to stay out turned into the upset of the year. Carl Edwards was hounding Smith in the final two laps but failed to find a way around, allowing the No. 78 to snag a massive victory in the Southern 500.

But they wouldn't win again until 2015 when new driver Martin Truex Jr. took an impressive victory at Pocono in June. From that point onward, there was no looking back. Truex made it into the Championship 4 that year, placing fourth in the standings. He would win four more races in 2016, only missing out on a title shot due to an unfortunate engine failure in the fall Talladega race.

The rise and fall of Furniture Row

But there was no stopping them in 2017. The team, which formed a technical alliance with Joe Gibbs Racing and TRD the year prior, won a season-leading eight races en route to the championship over Kyle Busch. But halfway through the 2018 season as they aimed to defend their crown, shocking news rocked the NASCAR world. Furniture Row Racing would cease operations at the conclusion of the season.

With the inability to find suitable funding for the 2019 season, this modern NASCAR success story was about to end almost as abruptly as it began. It raised some uncomfortable questions about the current state of the sport where the defending champions -- who were still winning multiple races -- couldn't continue funding their single-car Cup operation. They went head-to-head with NASCAR biggest teams and beat them, but just one year after being crowned the champions, they were set to close their doors.

They did not go out quietly, however, as Truex won another four races and made his way into the Championship 4 once again. But alas, he came one position short of scoring back-to-back championships in an emotional end to his time with the No. 78 team.

"I’m going to miss these guys," he said after the finale. "Wish we could’ve won it. We had it. We just couldn’t go over 15 laps, later calling his years with the team and Barney Visser the "best time of my life. I don’t know what else to say. Those guys have been amazing. They’ve made me a superstar in NASCAR. I’m just very thankful for them all.”

The end of an era

FRR is now gone, having run their final race. Truex and crew chief Cole Pearn are moving over to JGR in 2019 with a new team purchasing their charter. But the question remains, why was one of NASCAR's top teams unable to continue on? Two divisions lower in the Truck Series, newly crowned champion Brett Moffitt has lost his ride because Hattori Racing needed a driver who brought more funding to the team for 2019.

So what's the problem and how is it fixed? I won't presume to know the answer, but the question still needs to be asked. Is this the beginning of a trend, or an anomaly?

Regardless of the answer or the solution, there's no doubt that FRR proved what could be accomplished with the right people who are driven to make it to the top. And will we see another team like this rise again? If so, who will be the next Furniture Row? Perhaps the Ford-backed Front Row Motorsports or maybe even Leavine Family Racing, who now has a technical alliance with JGR and TRD. Only time will tell.

Chip Ganassi wants McMurray to continue with CGR in some capacity

NASCAR Mailbag: Does the sport need an engine update?