Truex's race gets derailed by late pit stop: "We beat ourselves" 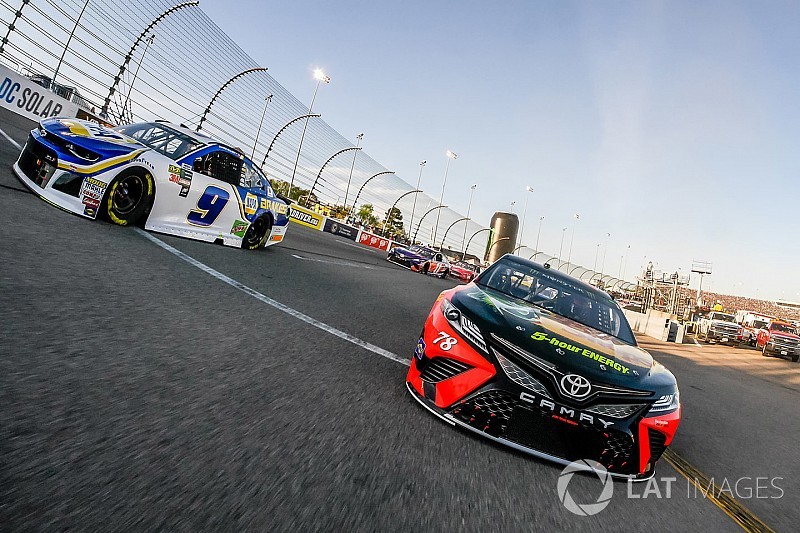 Martin Truex Jr. started from pole and led the most laps at Richmond Raceway, but he ended the night in the 14th position.

That's because on the second to last pit stop, the No. 78 team fumbled and it cost Truex big time. He fell from second to ninth for the ensuing restart, which came with just six laps to go.

After another incident that sent the race into overtime, Truex pitted again with the car overheating, only managing to place 14th in the two-lap shootout.

“Pretty disappointed that we didn’t get at least a chance. It’s unfortunate, but I don’t know what we have to do to win one of these short-tracks and get everything to go the way we need it to. Tonight we beat ourselves, so that’s unfortunate."

Truex is still searching for his first Cup win at a short track and was hoping to recover after back-to-back races where he was caught up in crashed. Richmond was an improvement, but the result was a far cry from where he could have ended up.

"The guys did a really good job with the race car. We were awful at the start of the race and I thought we were really in trouble. Just fought all night long and tried to stick with it and make good adjustments, and put ourselves in position to try to win another one and just came up short. Frustrated, but proud of everyone for the effort and hopefully we get them next week.”

The reigning series champion leaves Richmond seventh in the championship standings, 131 markers back of Kyle Busch, who succeeded in winning his third consecutive race over Chase Elliott and Denny Hamlin.

Denny Hamlin on third-place run: "We got close there"