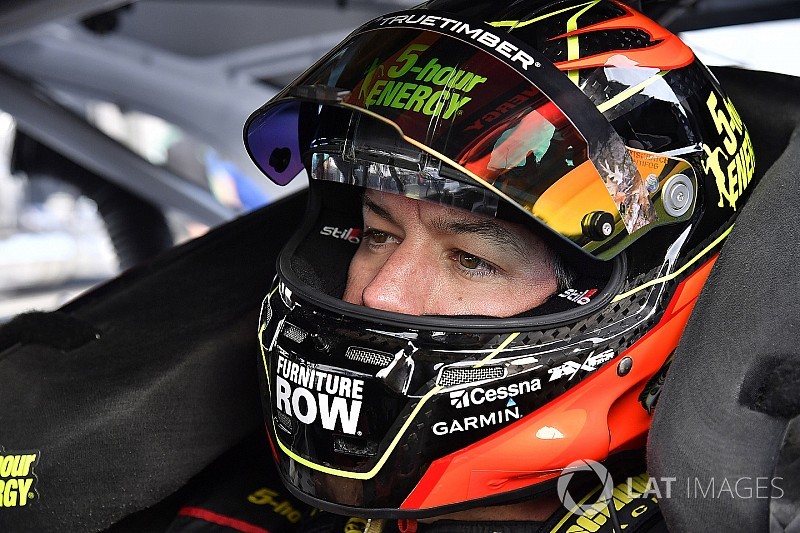 Truex, who won the 600 in 2016, found himself in the difficult position of starting from the tail-end of the field twice during NASCAR's longest race.

Both occurred during the third stage of the race. First, he was nailed for speeding and then, it was an uncontrolled tire. But the No. 78 team remained undeterred, fighting back to second-place with the hope of running down Kyle Busch for the win.

But it was not meant to be.

Truex said that "maybe with a caution" he could have caught the dominant No. 18, but not otherwise. "I don’t think without. I mean we definitely gained some ground that last run, but I think he might have just been taking care of it. Just definitely just a battle-back night for us. The speeding penalty and then the pit road penalty right after that in just two stops. It really hurt us and it’s hard to pass – hard to come from behind with these cars right now with the flat splitters and everything they’ve done to them the past month and a half or so. It was good to be able to get back up to second.

"I thought we had the second-best car all night. I don’t think anybody had anything for that 18 (Kyle Busch). He was stout. We gained a little on him that last run under green, but like I said, I think he was just taking care of it a little bit.”

It was Truex's second consecutive runner-up result after a tense battle with Kevin Harvick in the closing laps at Kansas two weeks. But after 600 miles at Charlotte, the reigning series champion was just happy to come away with a strong result after the adversity they faced.

“It was tough for sure. I’ve been in worse shape before. For us, it was just a battle. I felt like we had the second-best car early on and we finally got some track position. We didn’t qualify that well. We got up there behind Kyle (Busch) and I thought we were pretty, pretty somewhat close, but on the long runs man, he was just really stout.

"Those last 20, 30 laps a run he could really check out. I had some trouble with that all night, but to have two pit road penalties, to come back from that, just proud of the team - the guys on pit road, Cole (Pearn, crew chief) and Jazzy (Jeff Curtis, lead engineer), all the guys on the box. They called a good race and we just had to battle."