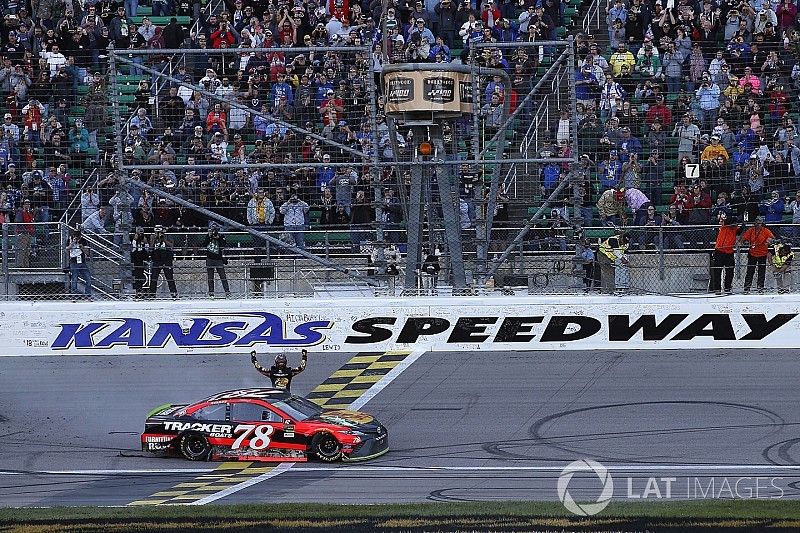 Martin Truex Jr. may have broken out of his mini-slump just in time to capitalize at one of his best tracks.

The Furniture Row Racing driver is coming off a fourth-place finish at Dover, which snapped a four-race streak the featured three wrecks and no finish better than 14th.

“Winning three straight at Kansas would be pretty special,” Truex said. “We’ve been so good there the past three or four years but also had some heartbreakers after having the best car and not winning.

“Getting those two last year meant a lot. It was gratifying to get the job done but still feel the track owes us a few more.”

“For whatever reason Kansas has always been a good track for me,” Truex said. “There’s something about the transition in the corners there that I am comfortable with. The balance of the cars I have had there just seemed to make speed.

“That is why I am definitely looking forward to going there and hopefully repeat what we did last year.”

Truex, the reigning series champion, has one victory so far this season (at Fontana, Calif.) but is ninth in the series standings thanks in part to his three DNFs.

“Our performance so far this season has been up and down a little bit, but speed-wise we’ve been there each and every week,” he said. “We’ve had really fast cars and I feel like we’re right there in speed where we were last year.

“But we had a few stumbles along the way, and had some unexpected things come up here and there that have bit us. If we can clean up the rest of the stuff we’ll be really good.”

Roundtable: Would sale of NASCAR be good for the sport?

Kevin Harvick and SHR keeping their "eyes on the prize"