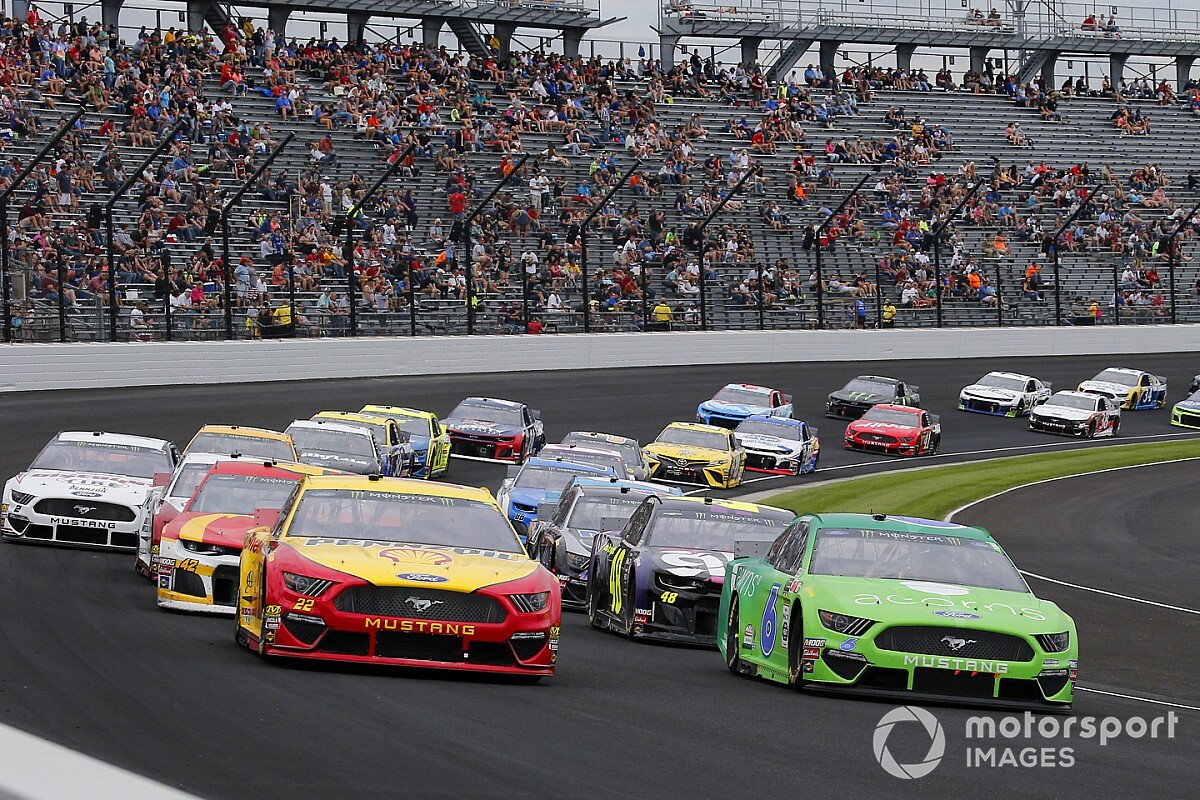 The 16th round of the 2020 NASCAR Cup Series season takes place at the iconic Indianapolis Motor Speedway for the annual running of the Brickyard 400.

NASCAR heads to the hallowed grounds of Indianapolis for the Brickyard 400, capping off a historic weekend with the IndyCar Series and the NASCAR Xfinity Series who both raced on the IMS road course.

Kevin Harvick, who currently leads the championship standings, is the defending winner of the event.

Scott Dixon took a dominant win in Saturday's IndyCar race, winning the first two races of the season for Chip Ganassi Racing. On the NASCAR side, Chase Briscoe earned his fifth NXS win of the year after a thrilling battle with A.J. Allmendinger and Austin Cindric.

What channel is the NASCAR race today?

It's the first NASCAR race of the year for NBC with Rick Allen calling the action alongside Dale Earnhardt Jr., Jeff Burton and Steve Letarte.

Jimmie Johnson's farewell tour came to an abrupt halt this weekend at Indy, a race he has won four times. Johnson and his wife tested positive for COVID-19 and has been sidelined for at least two weeks. Justin Allgaier will pilot the No. 48 car Sunday.

What is the starting lineup for NASCAR's Brickyard 400?

What is the revised schedule for NASCAR in 2020?