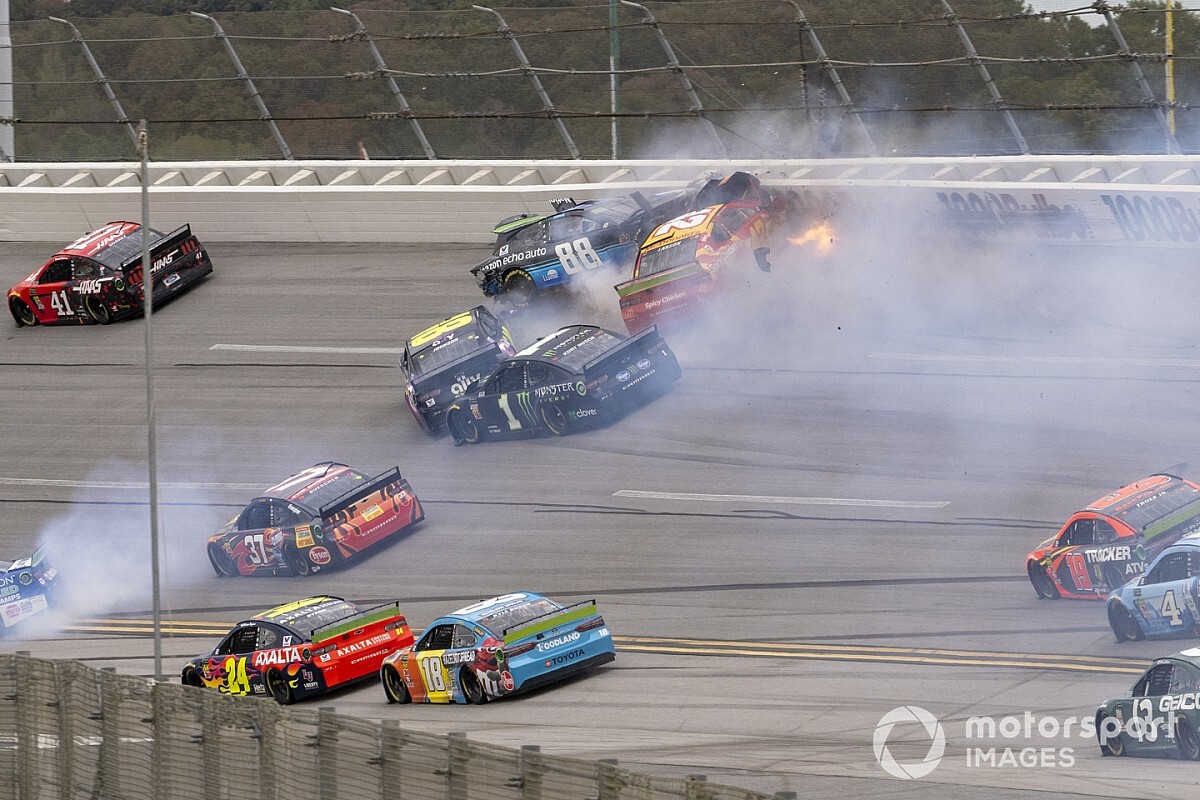 NASCAR heads to its largest track -- Talladega Superspeedway -- for its first superspeedway race since February's Daytona 500.

Sunday's planned race at Talladega was rained out, so the race takes place on Monday. The green flag is expected at 3:22 p.m. EST.

Kevin Harvick continues to lead the championship standings, but Chase Elliott has closed to within ten points after his second-place finish to Denny Hamlin at Homestead last weekend.

The young guns ruled at Talladega in 2019 with Elliott winning the Spring race and Ryan Blaney narrowly beating out Ryan Newman for the win in the fall race.

Overnight, NASCAR revealed has launched an investigation to determine who left a noose in the garage stall of Cup Series driver Bubba Wallace’s No. 43 Richard Petty Motorsports team.

What channel is the NASCAR race today?

The race will be broadcasted live on FOX and MRN will carry the radio broadcast. It is 500 miles, 188 laps.

This week, NASCAR announced three new entries into its prestigious Hall of Fame in 2021. Highlighting the list is Dale Earnhardt Jr., Red Farmer and Mike Stefanik.

The lineup is based on a random draw divided into groups from the owner's standings, just as the series did for its return race at Darlington Raceway. Joe Gibbs Racing teammates Martin Truex Jr. and Denny Hamlin will lead the field to the green flag.

What is the starting lineup for the NASCAR GEICO 500?

What is the revised schedule for NASCAR in 2020?

NASCAR revealed last week that the All-Star Race would move from Charlotte Motor Speedway to Bristol Motor Speedway for the first time. Additionally, the Charlotte ARCA race has been moved to Kentucky.