Byron willing to do "whatever it takes" for first Cup win 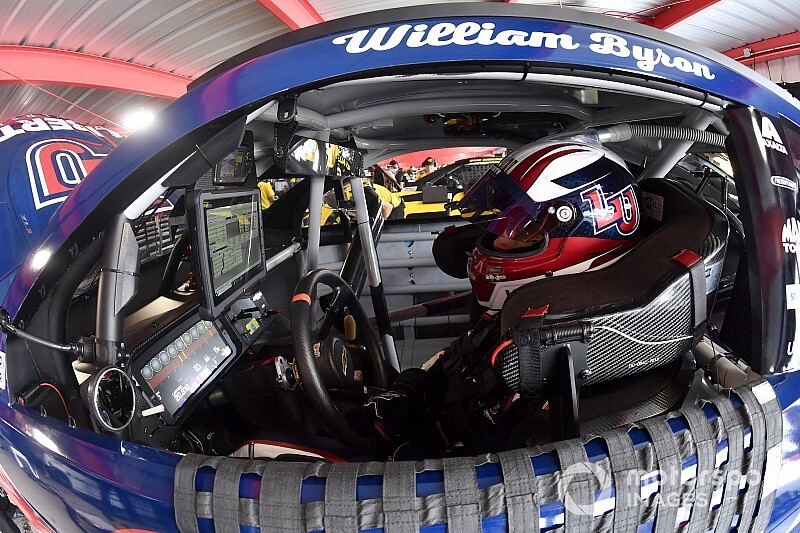 William Byron is still looking for his first NASCAR Cup Series win and it doesn’t matter who he has to race to get it.

In a race Sunday in which Martin Truex Jr. won both stages and led 464 of 500 laps, the only driver who came close to challenging him for the lead was Byron, which may have been unexpected given his history at the track.

In his three previous starts at Martinsville (Va.) Speedway Byron’s best finish was 20th and he had never finished on the lead lap.

Truex, of course, is in the playoffs and was looking for a victory to lock himself into the Championship 4 at Homestead in three weeks. Byron, however, has been knocking on the door of Victory Lane all season.

Asked if he would have moved Truex for a chance at the win, Byron didn’t hesitate: “Yeah, I mean, whatever it takes. I wouldn’t race him dirty, but I’m really hungry for my first win, so it’s whatever it takes.

“But he ran such a good race. I think he would have been able to drag the brake and do all he could to keep me behind him anyway. (It was) close.”

This is Byron’s sophomore season in the Cup series and his first working with veteran crew chief Chad Knaus and the different has been dramatic.

After finishing 23rd in the series standings in 2018, Byron qualified for the playoffs this year and has five top-five and 13 top-10 finishes and won five poles through 33 races.

Byron, 21, said he was wasn’t sure if there was anything more he or his No. 24 Hendrick Motorsports Chevrolet team could have done to get to the front.

“He was really strong,” Byron said of Truex. “I could work my brake bias a little bit in the car and gain a little bit, and then I’d get to him and I’d heat him up a lot and then kind of fall back.

“He was super strong. Our car bounced a little bit on the short run, which was tough to kind of get around. This isn’t a place that I’ve loved coming to, and it just clicked this weekend, the things we did with the car going into qualifying and then obviously our race.

“I’m super excited, but second is not super fun, either. We’ll try to get one spot better next time.”

Asked about Byron’s ability to challenge him late in the race, Truex said, “For a minute I thought they put Jeff Gordon back in the car.”