William Byron hopes to "continue the tradition" of the No. 24 car

Last season’s rookie of the year in the NASCAR Cup Series is not backing down from lofty goals in 2019. 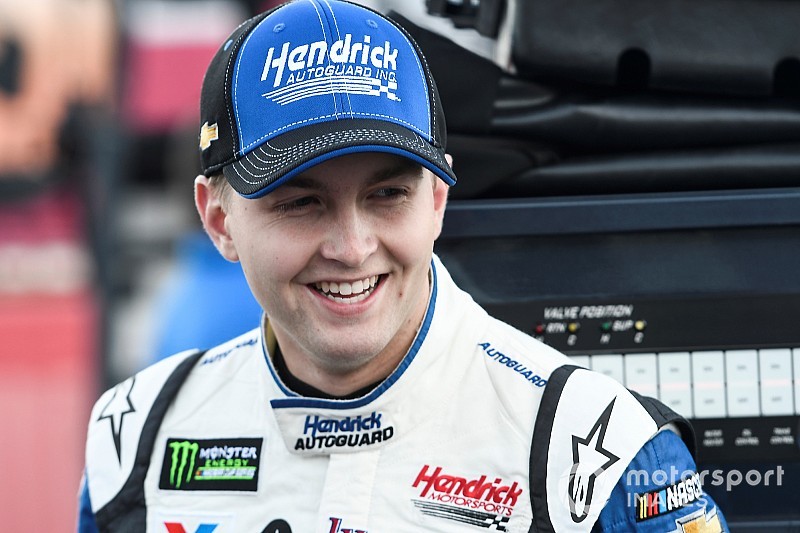 William Byron finished 23rd in the Monster Energy NASCAR Cup Series final standings with four top-10 finishes in 36 races in 2018 while capturing rookie of the honors.

Before the conclusion of the season, Byron learned he would get a new crew chief in 2019 with the addition of Chad Knaus, who won seven series titles with Hendrick teammate Jimmie Johnson.

Byron, 21, isn’t shying away from the challenges of the year ahead. Motorsport.com recently spoke with Byron on a variety of topics, including his expectations of the coming season, working with Knaus and his thoughts on the Cup series schedule.

Byron: I'm quite satisfied with the results. We had different things to go through and different challenges but our goal is to win races. And that is the expectation when we go into 2019. We want to go on and win this year.

Does driving the No. 24 car come with more pressure or motivation?

Byron: It's a little bit of both, I think. There is a lot of motivation to try to establish yourself in that car and try to make a name with it and continue the tradition the 24 car has.

How will the Chevrolet Camaro fare in 2019?

Byron: It was a little bit of a battle for us in the previous year to get the car better and how we need it to be competitive. I think during the year we managed to close that gap. I think that this will continue this year. With the rules package being quite different this year I think it will continue to help us adapt to the rules with our car. I think we will have a lot better idea what we need to do to be successful.

How will things change working with Chad?

Byron: The difference will be the expertise and his knowledge. He is very motivated to do it and that's really a great thing. We've got a lot of good people, young people in our team, a lot of people who are ready to have a shot and win races. I'm looking forward to those things and I think the team is fresh and I think his expertise and knowledge will help us in long term. So I'm really looking forward to work with him.

Byron: The best tracks to go to would be the short tracks and some of the road courses. We should maybe go to the venues the lower level series go to more often and try those out. Honestly, I would change the amount of the races and do some races during the week and have less races so there is more time for the fans to kind of recover and before going to the next race.

William Byron wants to be 'consistent threat' in Cup Series