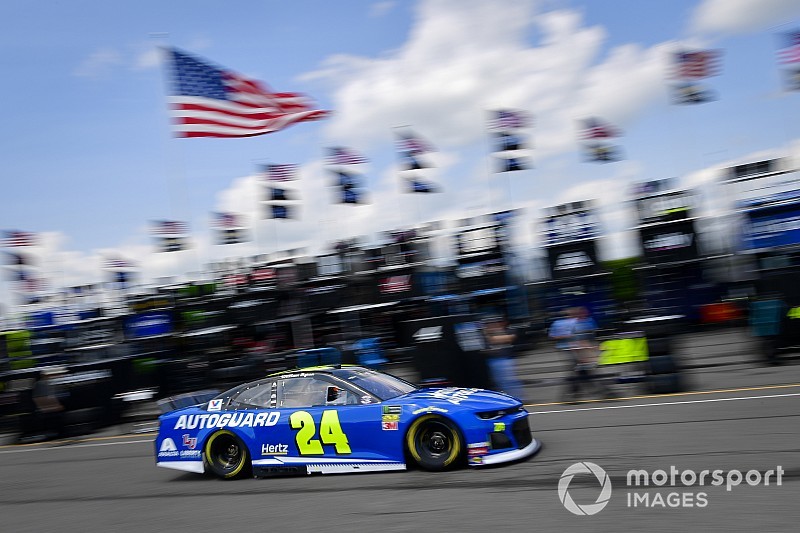 William Byron seems to have Fridays down pat and Sundays are now coming along nicely as well.

Byron won his second consecutive pole and third of the year this weekend at Pocono Raceway and Sunday he was able to translate that into a solid ninth-place finish.

Byron, in his second year in the Monster Energy NASCAR Cup Series with Hendrick Motorsports, has now finished ninth or better in three of his last four races. He also moved from 19th to 14th in the series standings and moved into playoff contention.

“We had some really good parts of the race. We kind of went for the points, which with the way the strategy was, it was hard to get back there. But we got a lot of points today, which was great,” Byron, 21, said.

“I know it doesn’t sound super-good, but we had really good stages and really good runs there. So, we were able to go from 12th to 9th on that last restart and that was nice and we finished with a top-10, so hopefully we can go to Michigan and be able to improve on that even more.”

Late in the race, Byron and crew chief Chad Knaus tried their own play – electing to have Byron stay out until the last possible lap before making his final stop for fuel and leading three laps hoping for a caution.

“We were definitely as fast as (Busch) at the start of the race. I don’t know how the race would have progressed. But, it took us a long time to get by guys and that was just something that kind of was a hindrance,” Byron said.

“But overall the guys did a great job on the car and this was a solid day. We’ve had two in a row now. That’s great for us.”

Like many others in the race Sunday, Byron said he found it very difficult to pass once his No. 24 Chevrolet got mired in traffic.

“I wish it was a little easier, but it felt like any time I got within striking distance to somebody, I just couldn’t quite get there and I’d lose as much as I gained and then I’d have to work that all back for 10 laps and then lose it again,” he said.

“It was just really hard. I don’t know if that was just me or what, but it was hard to complete (the pass). The only times I could really make a move was when I just went in there and almost crashed the guy trying to do it and just got so close that it got loose.

“There were very few times I could get that close, but if I could, that was how I passed guys.”

Larson: "I’ve just got to be smarter" after strong run unravels