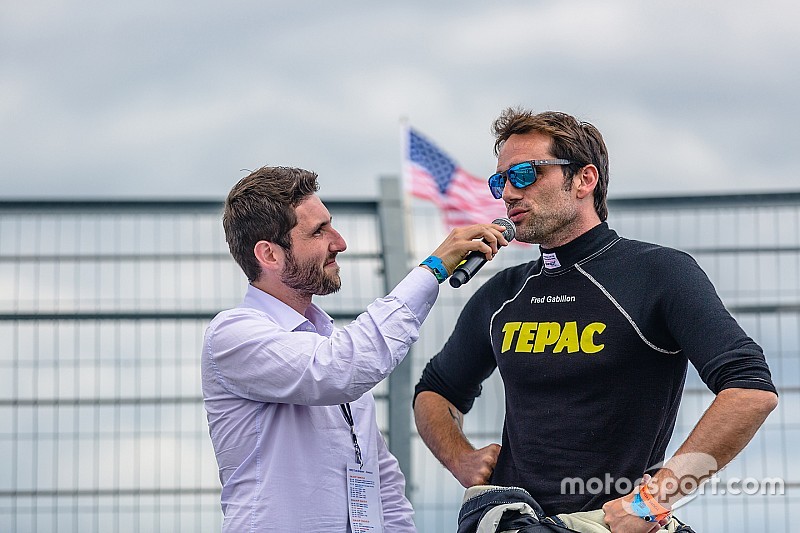 Some drivers just have a knack for dominating at one particular kind of track and for Frederic Gabillon, the oval track in Tours, France is his place.

After he swept the inaugural weekend in 2013 and also the last time the series competed on the oval in 2016, the Uzes, France driver picked up where he left off in Saturday’s race.

After winning the first Semi Final, the Frenchman went on to lead every lap of the Round 7 Final to grab his second win of the season and the 11th of his career, moving up to third in the all-time winners list.

“It is very special for me to win in my home country,” said Gabillon, who never finished worse the fourth this season and further reinforced his points lead. “The car was fantastic. The race was very hard because of some caution and and the high temperature inside the car. I thank my RDV Competition team for doing a fantastic job. I am looking forward to the race tomorrow and I will give my best to win again here at Tours Speedway and enter the playoffs in first place!”

The brand new “cone rule” spiced up the ELITE 1 Final as the yellow flag waved four times.  Many drivers tried to gain positions by taking the outside lane in restart on the 650-meters short track.

“It was a pretty good race considering where we came from,” said Day.

The reigning NWES champion said about the cone rule: “I tried to fake a move as they do in the States when they are about to go to pit road. It didn’t work, but the cone rule is a really nice feature.”

It was a tough day for championship contenders Anthony Kumpen and Marc Goossens after they were involved in a crash that forced them to the garage as both cars suffered heavy damage.

Ulysse Delsaux scored his first ever NASCAR podium at Tours Speedway in 2015 and finally found his way to Victory Lane again on Saturday.

The Frenchman led the race flag to flag and edged Justin Kunz at the end of the race who came home second and scored his first NWES podium. German driver Pedro Bonnet finished third.

“I’m so happy as it is my first ever oval win,” said Delsaux. “In the past it was hard for me here and sometimes we didn’t have a great deal of luck too, but today I was super focused and I won the race. I thank my team for the great job they are doing this weekend! RDV Compétition gave me a fantastic car!”

Florian Venturi and Gil Linster rounded out the top five in the ELITE 2 Round 7.

Following the Elite 2 division race Stephen Young was docked five championship points after his collision with Francesco Parli was deemed avoidable contact and Felipe Rabello was also given the same five-point penalty for the same infraction with Gil Linster also penalized five points for ignoring instructions under the yellow flag.