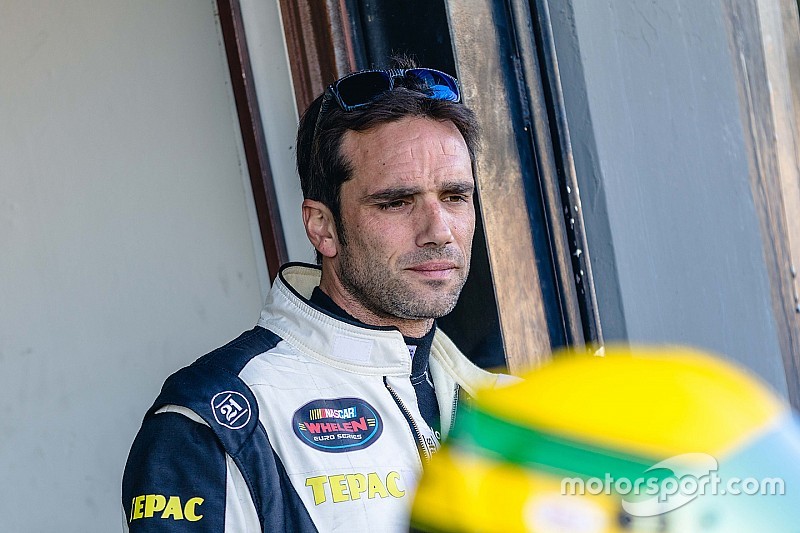 Frederic Gabillon finishes NASCAR Whelen Euro Series regular season as points leader and he'll next compete in the NASCAR Pinty's Series and visit the Goodwood Festival Of Speed this summer.

The regular season of the NASCAR Whelen Euro Series 2018 is in the books.

While Frederic Gabillon leads the ELITE 1 points standings along with his team RDV Competition,  he now will get to enjoy some special prizes for those achievements by the series.

The Frenchman is allowed to race in the Canadian Pinty’s series at Trois-Rivieres in August. His team also gets an invitation to the famous Goodwood Festival Of Speed. For both, the driver and the team, it will be a busy summer.

"I will maybe go to the Goodwood Festival Of Speed in July and to Canada in the Pinty’s Series in the middle of August," said Gabillon. "It’s a great opportunity. I am so thankful to the NASCAR Whelen Euro Series and the organization. I hope to take pleasure and be fast during the race."

There's a brand new drivers exchange program between the European and Canadian NASCAR series this season that allows Gabillon to become the first ever NWES driver to compete in the Pinty’s series.

"It’s a really high level division in Canada and it will be a new experience for me," he said. "I am so happy. It will be my at Goodwood, too. I don’t know what to expect. There will be a lot of people and a lot of cars. It’s going to be fun for sure. I will watch some videos and use the simulator to prepare myself for the GP3R in Canada."

The points leader is also very focused at the playoffs 2018 which will kick of at Hockenheim in Germany on September 15-16. The series provides hard but clean races with a great competition.

"It’s a high level and it’s really nice to compete with such good drivers," said the Frenchman. "It’s a special series because everyone has got the same car. It’s all about the work with the team, engineers and mechanics. The team and the driver can really make a difference in the NASCAR Whelen Euro Series so it’s important to do a good job.

"We will have to do a lot of work to prepare the car for the race at Hockenheim. I am looking forward to the playoff races at the Hockenheimring and Circuit Zolder. The championship will be decided there as it is every year so we have to be very fast. Last year we weren’t so bad but we need to find some pace on those tracks."

Asked about his main contender Gabillon answered: "Alon Day is always fast and he’s not so far away from me in the points standings. He always has been a great contender and for sure the championship will be decided between him, Lucas Lasserre and me. But Anthony Kumpen is also still in the game. If he wins both races in Hockenheim he still has a chance to win the title.

"We can do it this year. My win in Brands Hatch can be the key moment of the season. We were very strong there. In the playoffs every race can be important as there are double points."

In 2018 RDV Competition fields two cars in the NASCAR Whelen Euro Series. The second car is driven by NASCAR Cup Series champion Bobby Labonte who won the title in 2000.

At the moment Labonte sits 12th in the overall ELITE 1 points standings.

"Hopefully Bobby will find some speed during the playoffs," said Gabillon. "He is a great guy and we work nice together."