Groudbreaking data tracking shirt enables real-time data to be precisely transmitted and evaluated - every 20 milliseconds, from the driver via cloud directly into the pit box.

The tests, officially approved and monitored by NASCAR, were successfully completed. Even at a speed of 250 km/h (155 mph), data were transmitted and evaluated constantly and precisely in real time.

Telemetry is the norm in motorsport. Every little detail of the racing car is monitored, from the engine to the transmission to the steering movements, vibrations and braking points, nothing remains unnoticed in the vehicle. So far, the situation is quite different with the race drivers.

The information about the physical and mental condition must be determined in laborious tests before the race or remains completely hidden. Thanks to innovative Swiss Tech of VEXATEC, measurements with an extremely large amount of data are possible.

The motorsport-specific measurements focus on ECG, pulse, G-forces on the body as well as the body position and body movement. Through precise measurements 50 times per second, data is transferred from the data logger by mobile via cloud to the computer in the pit box and can in future be sent to television broadcasters as well as race monitoring stations.

"We are pleased about the smooth test”, explains Urs Ruggaber, COO of VEXATEC. "All data was constantly and accurately transmitted to the pit box in real time. We received direct optimisation potentials out of the evaluations. Gianmarco Ercoli was able to achieve his first pole position on Saturday. In Sunday's race the young Italian took advantage of the pole position and clinched his first victory in the NASCAR Whelen Euro Series Elite 1 class in an outstanding manner.”

The ECG measurement allows the heart rhythm as well as the pulse to be mapped. These basic values are not only important for the driver but could also provide the ambulance service with initial information on the driver's condition in case of an accident.

The pulse showed precisely the physical and indirectly the mental condition of the driver as well.

During the test, it fluctuated enormously between around 60 beats per minute on the straight and 170 beats in curves. The G-forces acting on the driver could also be clearly visualized both when braking and accelerating as well as in curves.

In addition to the expected values, surprising results were also achieved. By measuring the body position and body movement, potentials for optimisation of the seating position could be identified and implemented directly on-site.

"Our Swiss-Tech solution, as well as its quality and maturity level, fascinated drivers, teams and officials equally. There have already been some discussions about the wide range of possible applications," says Vexatec COO, Urs Ruggaber. 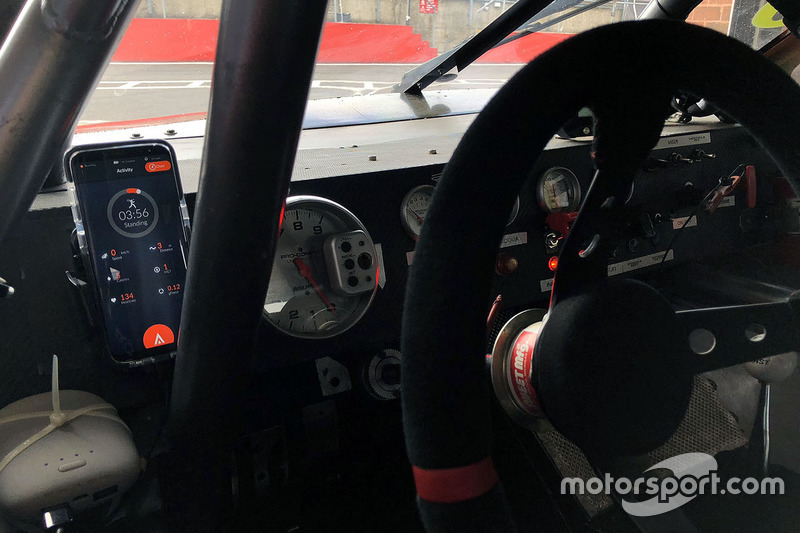 Who will be victorious at Raceway Venray in the NASCAR Euro Series?