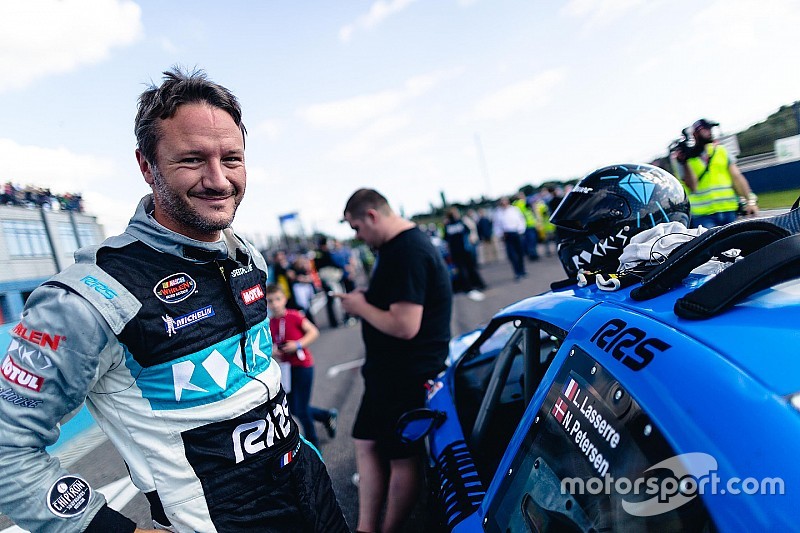 After enjoying modest success during its first season competing in the NASCAR Whelen Euro Series, Mishmotors returns to compete for the 2018 championship.

The team will once again feature the No. 33 Mavi Chevrolet in all three divisions of European NASCAR Championship. Lucas Lasserre will lead the team going after the ELITE 1 Division title with Eric Quintal  coming on board to compete in the ELITE 2 division, while Deodhar enters the season opener competing in the ELITE Club division.

Lasserre, who won back-to-back championships with the series in 2009 and 2010, led the new team owned by Mirco Schultis, to its first top-five finish last year.

“First of all I would like to thank Mirco Schultis and Mishumotors for the incredible support,” said Lasserre. “At some point during the winter it seemed impossible to be back on the grid but here we are.”

The Pau, France native also added he’s happy to have his teammate and team back in tact this season.

“It’s great to have a friend like Eric Quintal back beside me,” said Lasserre. “The goal this year is to get good results in the first part of the season and be strong in the playoffs. We need a bunch of clean races in Valencia and running in the top-5 would be perfect. I hope to have fun inside and outside the car. If I do, the results will be good for sure.”

Quintal was Lasserre’s teammate in 2010 and competed in NWES until 2014 and the Frenchman will compete for the Legend Trophy.

“It’s great to be back! With Lucas we shared the car for two seasons and enjoyed plenty of success together,” said the 53-year-old Bayonne-native. “To pilot the Euro NASCAR cars is a great pleasure for the driver and I look forward to the upcoming season to have some fun among a strong competition.”

Deodhar will join the ELITE Club division in Valencia to make his first start in NASCAR. The 28-year-old has open-wheel and autocross experience and is confident to be able to join the ELITE 2 Division later in the season with support from Trumpet, All Heart, Motul and RRS.

Bobby Labonte to race full-time in the NASCAR Euro Series