Villeneuve, the 1997 champion with Williams, made four NASCAR Cup starts - the first two of which came a year after his final outings in F1 - between 2007 and '13 and has also competed in the Trucks and Xfinity categories that support the main series plus NASCAR Canada.

The 47-year-old made a return to racing this year in the Americas Rallycross Championship in his native Canada in a Subaru Impreza, more than two and a half years after he was dropped by Venturi during the 2015/16 Formula E season.

He last completed a full season in 2005 when he drove for Sauber in F1.

Villeneuve recently tested at the Franciacorta circuit in Italy, and will race in the Euro Series with the Go Fas Racing Ford Mustang outfit that also competes in the Cup series.

"I had a lot of fun discovering the car because it is really similar to what I was used to in NASCAR in the US," said Villeneuve, who also won the Indianapolis 500 in 1995 and the overall CART title that year.

"You can really drive it hard and you can work a lot on the car and that's also very nice.

"Returning full-time is what matters the most to me, because I want to be part of a complete project and have a goal for the entire season. I'm really looking forward to the first race of 2019!"

Go Fas joined the series last year, running cars for Frenchman Romain Iannetta and rookie Florian Venturi - who was runner-up in the Elite 2 division for silver and bronze drivers.

The Euro Series has typically been contested over six weekends, but a seventh event at Most has been added for 2019.

NASCAR Cup champion Bobby Labonte made a one-off Euro Series appearance in 2017 at Brands Hatch before undertaking a full season this year. 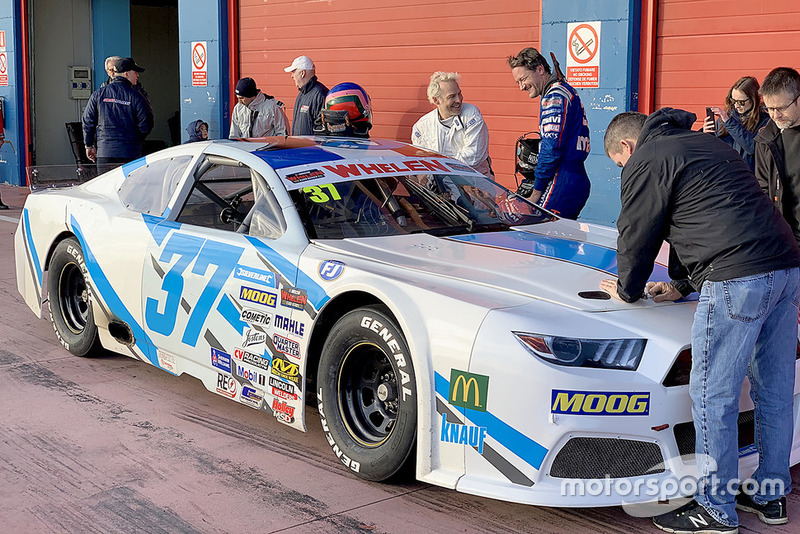 A world’s first: NASCAR on ice!

Untold story: When Schumacher met Villeneuve in the bar after Jerez '97