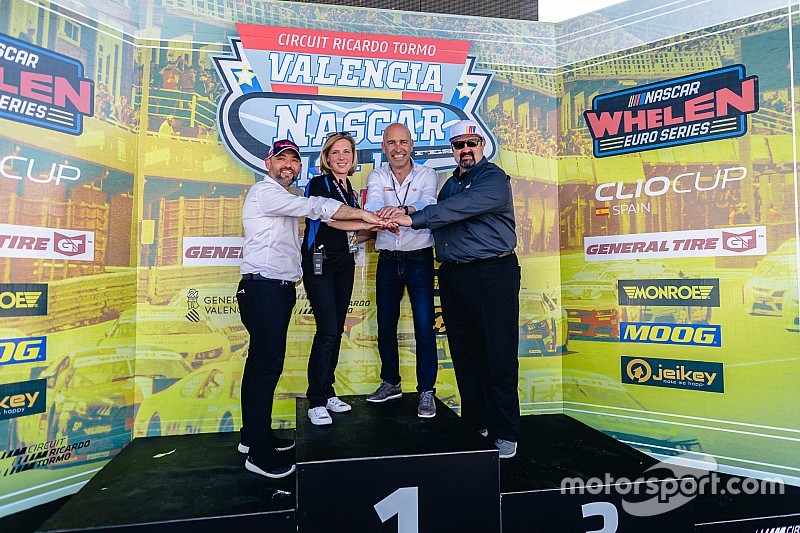 After a successful kickoff to the 2019 season for the NASCAR Whelen Euro Series, it appears the host facility and Valencia, Spain and the only NASCAR-sanctioned series in Europe want to continue to work together.

This latest multi-year agreement gives the fast-growing series long-term stability at one of the most famous racing venues in Europe.

This agreement will join others already reached with Brands Hatch in Englan; Zolder, Belgium and Hockenheim in Germany to give the series secured events through the 2024 season.

“This is a great piece of news and such a natural fit! Circuit Ricardo Tormo is an amazing facility which provides a wonderful experience to race fans and a fantastic playground to our competitors,” said NWES President CEO Jerome Galpin. “The organization crew is extremely professional and it’s a true pleasure to work with them. Year after year the NASCAR GP Spain never stops to get bigger and better and we will all work to continue this way!”

Circuit Ricardo Tormo has hosted the season opener for the NASCAR Whelen Euro Series since 2014 and keeps growing in popularity every year.

“The event never ceased to improve and the organization made it grow with an increasing media coverage, technical parity, better teams and drivers… they just became the perfect partner and we want to have them at the Circuit for a long time,” said Gonzalo Gobert, General Manager of the Circuit Ricardo Tormo, who considers NASCAR as an “international benchmark in motorsports.”

The series will return to action at Autodrome di Franciacorta in for the Grand Prix of Italy over the weekend of May 11th and 12th.