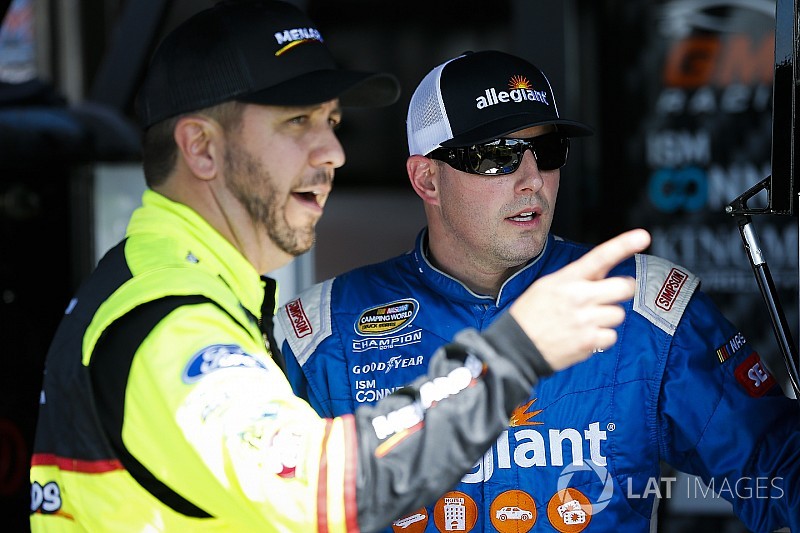 Once again, the series will see a combination of young upstarts and veterans, including former series champions.

Here’s a look at 10 drivers to watch as the 2018 season gets underway (in no particular order):

Sauter, 39, has finished first or second in the series standings the past two seasons, including giving GMS Racing its first series title in 2016. Seven of Sauter’s 17 career wins have come since he joined GMS in 2016 and should be in contention again.

Gragson, 19, picked up his first series win last fall at Martinsville and returns for another full-time season with Kyle Busch Motorsports. He finished 10th in the series standings last year, just missing out on the playoffs.

A two-time series champion, Crafton, 41, returns to ThorSport Racing, which is making a transition from Toyota to the Ford camp. He hasn’t finished worse than fourth in the series standings in the past five seasons.

Rhodes, 20, enters his third full-time season with ThorSport Racing and earned his first series victory last fall at Las Vegas. He qualified for the series playoffs and ended up a career-best fifth in the series standings.

Haley, 18, returns to GMS Racing after a solid rookie season. He missed the first two races of the season because he had not yet turned 18. His best finish was third at Kentucky and he won the pole at the fall Texas race.

Friesen, 34, ran 19 races in the series last season with Halmar Friesen Racing. He started from the pole at Eldora and finished a career-best second in the race. The team has a technical alliance with GMS Racing this year.

Gilliland doesn’t turn 18 until May 15 so he will miss the first six races of the season but he will compete for rookie of the year honors at Kyle Busch Motorsports. His best finish in six starts was third last year at New Hampshire.

Sargeant, 19, begins his first full season in the series with GMS Racing. In six series starts, his best finish is ninth at New Hampshire last year. He’s a former four-time winner in the ARCA series.

Enfinger, 33, returns for his second full-time season in the series with Thorsport Racing. He picked up his first series win in 2016 with GMS Racing. He also has 16 career ARCA wins, including one last season.