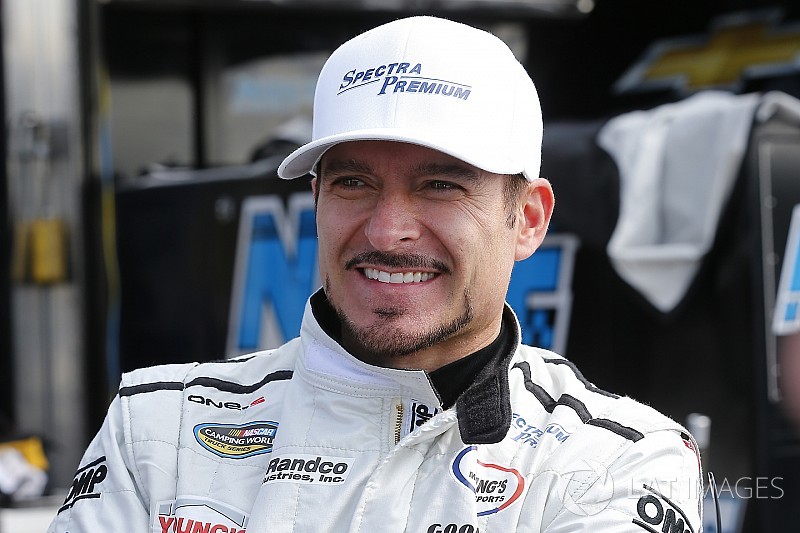 Alex Tagliani is set to make his first start of the 2018 NASCAR Camping World Truck Series season, competing in the 17th round of the year at Canadian Tire Motorsports Park.

Tagliani, a former Indy 500 pole-sitter with over 200 IndyCar races under his belt, is no stranger to NASCAR competition.

The 44-year-old has three appearances in the CWTS, all coming at the Mosport road course. In those three races, he has twice started from pole and finished as high as fifth in 2015.

“I am very pleased with this early call,” said Tagliani. “I now know that the team is really aiming for top honors in the Canadian race. This additional lead time will enable me to work with Young’s Motorsports crew chiefs to find the best settings for their trucks on road course events. I would be delighted to compete in more Camping World Series races in 2019 let’s see if we can achieve that goal.”

For the second consecutive year, the Canadian racer will be piloting a truck for Young's Motorsports.

“I am so excited to have Alex back in one of our Trucks, especially at a road course” said team principal Tyler Young. “This go around he will be in our No. 12 Chevrolet Silverado. I think the fans will be excited to see Alex back in a Truck in Canada.”

The team has fielded trucks for several drivers this year including rising Cup stars Austin Dillon and Darrell Wallace Jr.,  but their best result of 2018 came in the season-opener at Daytona where Scott Lagasse Jr. finished fifth.