Former NASCAR Next member Austin Hill is moving into a championship-caliber ride in the Truck Series this season. 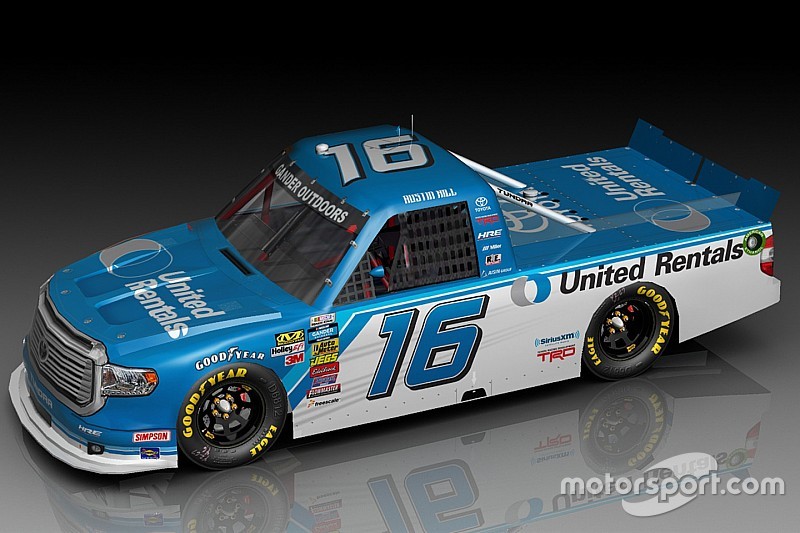 Hattori Racing Enterprises, which won the 2018 Truck series championship with driver Brett Moffitt, announced Tuesday that Hill would drive its No. 16 Toyotas this season. Scott Zipadelli will continue as the team’s crew chief.

Hill, 24, is coming off his first fulltime season in Trucks, where he finished 11th in the series standings with Young’s Motorsports behind one top-five and six top-10 finishes. He finished a career-best fifth at Texas in November.

“I’m thrilled to join HRE this season,” Hill said in a statement. “Shige (Hattori, team owner) has built a great team and what they accomplished last season has me extremely optimistic heading to Daytona.

“I’ve had the pleasure to work with great teams in the past, including my family’s team in the K&N Series, but this is an opportunity of a lifetime at HRE.

“Scott and the team proved what they’re capable of last season, and I can’t wait to get to work and see what we can accomplish this season.”

Hill won five times in 39 starts in the NASCAR K&N Pro Series East and has made 51 starts in the Truck series, but 2018 was his first fulltime season. He’s twice been named to the NASCAR Next program, an industry-wide initiative designed to showcase rising young stars in racing.

“We’re proud of what all of our team members did last season, and I’m looking forward to having Austin drive our trucks and work with United Rentals and all of our partners,” Hattori said.

“Austin had a great career in the K&N Pro Series and did well in his first fulltime Truck series season last year. I’m looking forward to what we can do together this season.”