Austin Theriault teams up with RBR for Daytona Truck race 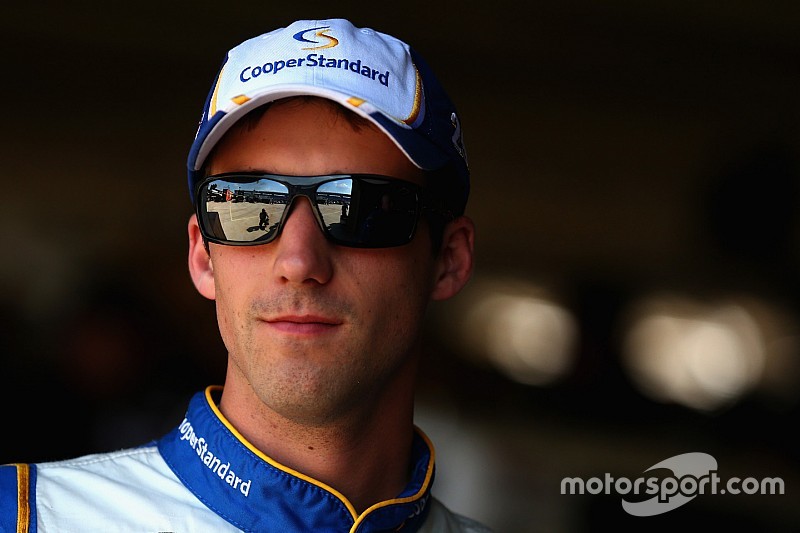 Ricky Benton Racing celebrates its 10th season of NASCAR Truck Series racing in 2019 and this year they’ll have a former champion behind the wheel at Daytona International Speedway.

Austin Theriault will pilot the No. 92 Black’s Tire & Auto Service/Highland Construction Ford in the season opener and the 2017 ARCA Racing Series champion is ready for the opportunity.

“(Team owner) Ricky (Benton) and I started talking about teaming up late last year,” said Theriault. “I was looking for a place an organization where I could find a home and come in and help the organization. RBR really fit where I wanted to be in my career.

“I love succeeding in situations where you might be considered the underdog. Ricky has done some great things and helped a lot of drivers in the truck series; I think we can build on that this year.”

In addition to Daytona, the team currently plans to run Truck races at Martinsville, Charlotte and Bristol. Long-time RBR crew chief Mike Hester returns to the pit box in 2019 to lead the team’s efforts.

“Austin has had a lot of success in his career and came highly recommended (from former team owner Ken Schrader),” said Benton. “He has spent a lot of time at the shop working with Mike and the team to get the Daytona truck ready to race and has fit in with what we are doing well. I am looking forward to getting to the track.”

“The draft is the great equalizer as we go up against some of the bigger multi-truck teams,” said Theriault. “With the way the trucks race now, I think a lot of the things I learned in ARCA are going to be invaluable; pair that with this team’s track record at Daytona and I think we have a great shot at a good finish.”

Benton has fielded a truck in the series 80 times with a handful of drivers - most recently in 2018 with veteran Timothy Peters. The team has made six starts at Daytona with two top-five and four top-10 finishes. Clay Rogers and Parker Kligerman each finished third for Benton in 2011 and 2016, respectively.

Motorsport Report: NASCAR to strip wins for violations in 2019