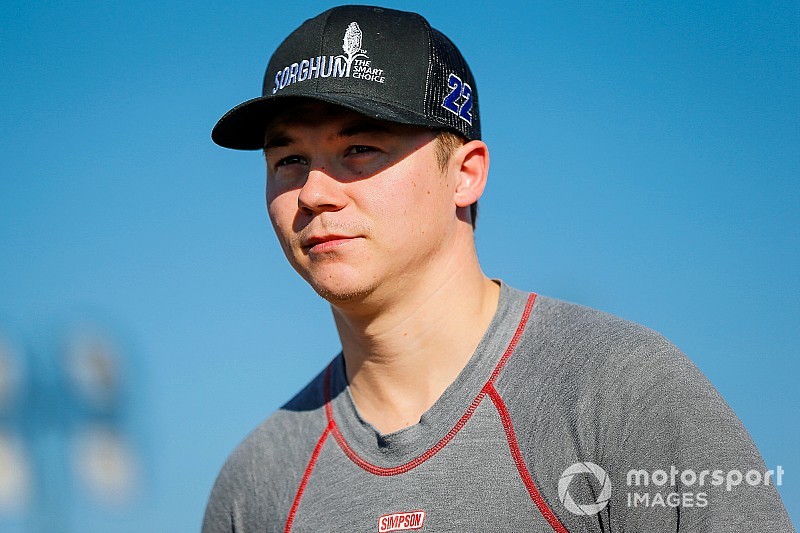 In a statement, NASCAR Truck Series driver Austin Wayne Self says his indefinite suspension came from a failed drug test at Daytona – nearly a month-and-a-half ago.

On Monday, NASCAR announced it had indefinitely suspended Self for a violation of its substance abuse policy. The date of the infraction was listed as Monday, April 1.

However, in a statement posted on Facebook page on Tuesday morning, Self said he failed a random drug test “taken earlier this season at Daytona.” Truck Series competition began during Speedweeks on Feb. 14.

Even if, as is typical, the violation prompted the testing of the “B” sample, Self’s statement raises the question as to why it took so long for him to be notified in the first place of the original violation.

That, in turn, means Self competed in at least two additional races – Atlanta on Feb. 22 and Las Vegas on March 1 – during which the process surrounding his positive test result had not been completed.

He then skipped the races at Martinsville (Va.) Speedway and Texas Motor Speedway after his team, AM Racing, said it was using driver Bubba Wallace “in an effort to advance the performance component of our program.”

“The process itself is purposely very comprehensive,” a NASCAR spokesman said. “Once a non-negative ‘A’ sample result comes back that essentially begins an investigation and all of these things add time, including a confirmation test. Then the competitor is notified and he has 72 hours to request the ‘B’ sample be tested.

“In this case, we would have liked to have seen it progress a little bit quicker. Overall, we are pleased with our partners in the program.”

In its statement Monday, AM Racing said Self was beginning participation in NASCAR’s Road to Recovery program “immediately.” The Truck series is off until the May 3 race at Dover, Del.

Here is Self’s statement in full:

“To each of my fans, team partners, crew members, and fellow NASCAR members, I ask for your grace and understanding in this difficult season of adversity, and ask that you would accept my apology for what has happened. It is an honor to be involved in a premier sport so great as ours, and I am truly crushed for what has happened.

“It has been incredibly disheartening since learning of the results from the random drug test taken earlier this season at Daytona, through our sanctioning body, and for the news announced today.

“The news and positive results have caught me as a surprise. Being a driver, I am expected to be a steward for our sport - someone who pays attention to even the most minute of details, just as our race team does with our trucks in competition. Moving forward I promise to those who will follow this journey, that I will aim to the utmost of my ability to do a better job at paying close attention to what I consume, and allow into my body, as an athlete.

“I will work closely with NASCAR through this process to learn more about what has happened, and to ensure that I am able to return to competition as quickly as possible.

“Moving forward I would be grateful to have your prayers as I prepare for the days ahead. I take comfort in knowing that God has a plan for me through this, and that as 2 Corinthians 12:9-10 explains, will come through this stronger ready to tackle what lies ahead. Thank you for your support and understanding.”