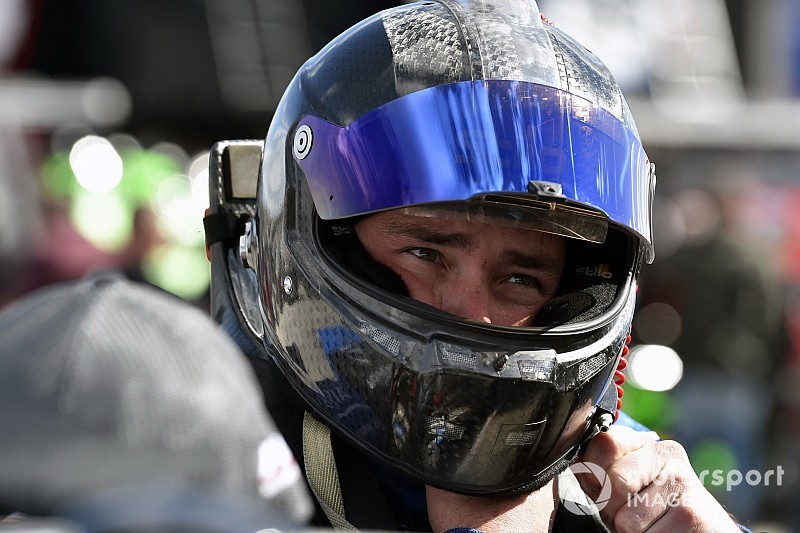 Brett Moffitt will have the chance to defend his 2018 championship in the NASCAR Truck Series.

As expected, GMS Racing on Thursday announced it had signed Moffitt to drive its No. 24 Chevrolets for the 2019 season, giving the 26-year-old native of Grimes, Iowa, the opportunity to compete for his second consecutive championship.

Moffitt won his first series title last season at Hattori Racing Enterprises but left the organization after the season when it elected to go with another driver.

On Wednesday, GMS announced it had parted ways with driver Johnny Sauter, who had won 13 races and on championship with the team during his three-year stint.

“I’m excited to be given the chance to defend my 2018 championship,” Moffitt said in a statement. “I have to thank the Gallagher family and everyone at GMS for this opportunity. I can’t wait to start working with Jerry (Baxter, crew chief) and the guys to kick off the season at Daytona in a few weeks.”

“Brett will be an excellent addition to the GMS organization,” said Mike Beam, team president. “Last year he showed the racing world the amount of talent and determination he has, especially while facing some adversity throughout the season. We look forward to helping him win his second championship and ours as well.

“We have a strong driver lineup in every series we’ll compete in this year. Maury Gallagher (team owner) has given us the tools and personnel we need to compete for several championships.”