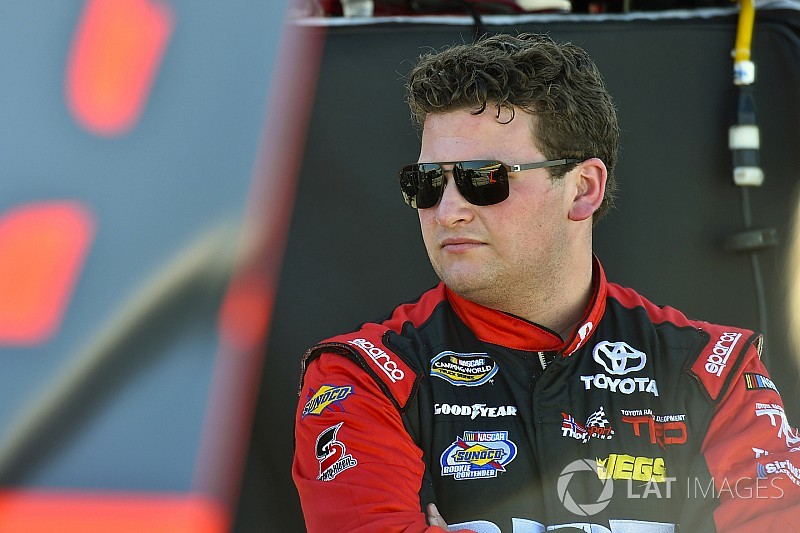 Coughlin has 35 starts in the CWTS since 2015 and a career-best finish of third at Phoenix Raceway last season. He has raced for both Kyle Busch Motorsports and Thorsport Racing in the past with 2017 serving as his first full-time campaign. He ended the season 13th in the championship standings.

“I couldn’t be more excited to join the GMS Racing family,” said Coughlin, “as well as be back running for Chevrolet. GMS is a team that has proven to be one of the teams to beat every time they unload at the race track and now I have the same opportunity. I can’t thank GMS Racing, Maury Gallagher and Mike Beam enough for this chance. I think we have the right tools and personnel in place with the No.2 team to run up front and contend for race wins every weekend.”

Leading the 22-year-old will be veteran crew chief Jerry Baxter, who has won ten times in 139 races atop the pit box.

“I’m more than ready to get the 2018 season underway,” said Baxter. “Last year we raced against Cody every weekend, so I have an idea of the type of driver he is. It will be even better to be able to work with him now firsthand. We have a good group of hard-working guys on the No. 2 that will definitely put us in the position to run well every time we’re at the track.”