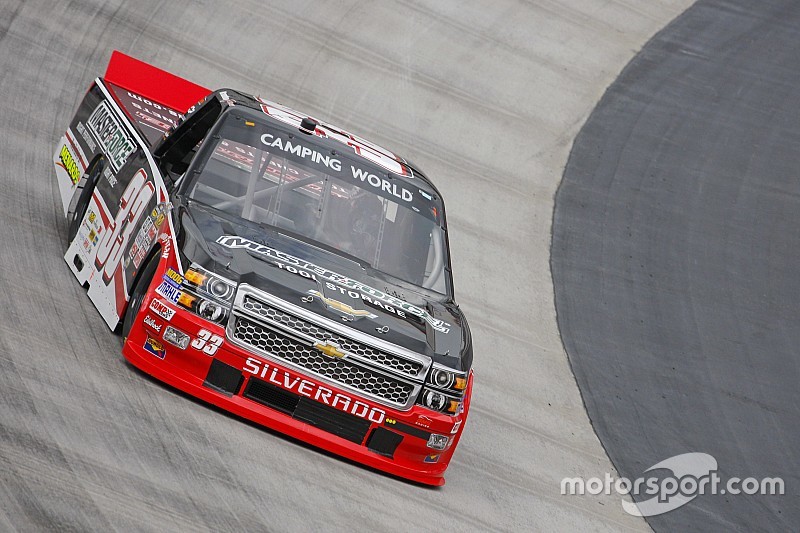 The No. 33 GMS Racing team has made a change in crew chiefs following the departure of Huffman, who served in that role for the entire season and parts of 2014.

Huffman started his racing career behind the wheel, first running late models and winning the 2003 Pro Cup title before advancing into NASCAR’s Xfinity Series with JR Motorsports in 2006.

He transitioned to the pit box in 2007 at Rusty Wallace Racing and then oversaw Brandon Jones’ effort in 2014 on the K&N Pro Series Tour and a limited ARCA run. Jones finished fourth in the NKNPS standings. This season Huffman guided the 18-year-old driver’s 16-race truck schedule. Jones posted four top fives and eight top 10s in 16 starts. He had an average qualifying effort of 8.4 but averaged a 13.3 finish and led just 12 laps.

However, Huffman earned his first Truck series win as a crew chief with Austin Dillon behind the wheel at New Hampshire Motor Speedway in September from the pole. Austin's younger brother Ty Dillon and Brandon Jones have also piloted that truck this year.

After finishing second at Talladega, GMS was handed a P4 level penalty due an infraction found in pre-qualifying inspection. Huffman was fined $10,000 and suspended for the next three races, but due to a subsequent appeal, he was granted a one week deferment. The three-member appeals panel reduced the original three-race suspension on Huffman from three races to two, citing a delay in the originally scheduled appeals hearing. As a result, Huffman was suspended for the final two truck races at Phoenix and Homestead, but his suspension will not carry over to 2016.

Jones will be in the driver's seat this weekend, working with Ackerman (who also replaced Huffman at Phoenix). Ackerman has spent 50 CWTS race atop the pit box for several drivers including Ted Musgrave.

Erik Jones eyes a first NASCAR title for himself and KBM