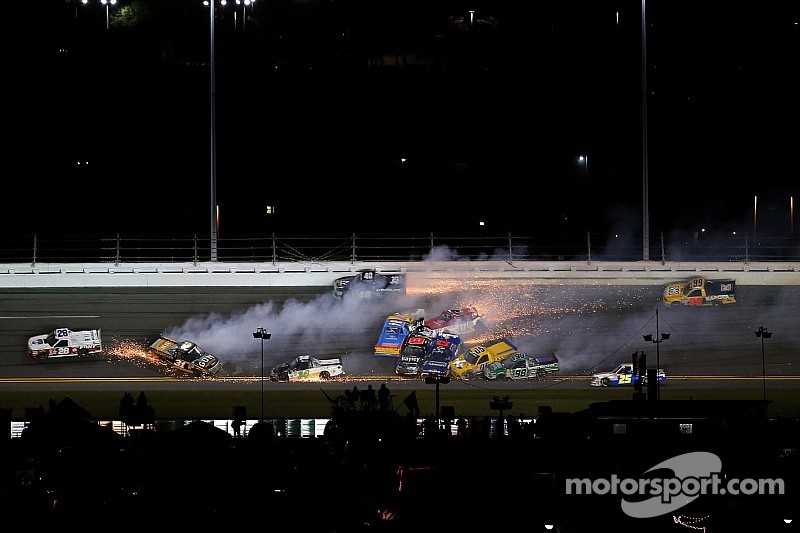 DAYTONA BEACH, Fla. – The big one erupted on Lap 49 in the Camping World Truck Series in Turn 3 after Ben Kennedy had a tire issue, slowed and 11 drivers piled up behind him.

The second caution of the NextEra Energy Resources 250 lasted nine laps. When the race restarted, only 15 trucks remained on the lead lap while only 20 vehicles remained in the race.

"I never saw anything, it was a lot of overreaction but that's what you get with superspeedway racing," said Timothy Peters.

"I was just riding and I guess the guy in front of me just really slammed on the brakes. It was a domino effect, there was no time to react," explained Jon Wes Townley."

"I saw smoke, stars colliding, and then my hood all over my windshield, and that's how it went," Spencer Gallagher declared.