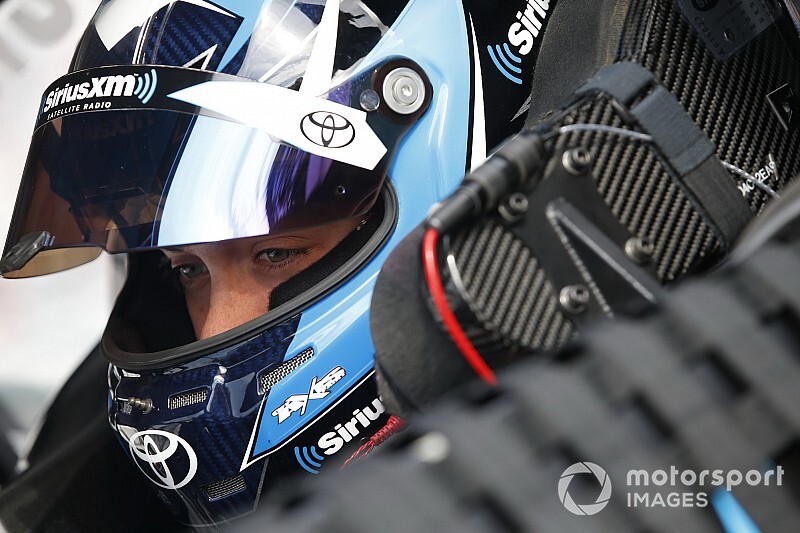 Eckes will be taking the seat vacated by Harrison Burton, who joins Joe Gibbs Racing full-time in the Xfinity Series next year. Lessard will be replacing Todd Gilliland, who does not yet have a ride announced for the 2020 season.

In 11 previous starts with KBM, Eckes has collected four poles and finished as high as third. He also won the 2019 ARCA Menards Series championship, winning four times en route to the title.

“Returning to KBM to compete full-time for a NASCAR Gander Outdoors Truck Series championship with the support of Safelite AutoGlass and Toyota is an opportunity that I’ve worked my whole life for and I’m ready to take advantage of it,” said Eckes in a release from KBM. “Being around the Truck Series the last few seasons, I’ve been able to see firsthand how much effort Safelite puts into their racing program and I’m excited to represent them not only on the track, but in the communities that we race in.”

“Christian has won races and a championship in the ARCA Series and we feel like he’s capable of doing the same driving for us full-time in the Truck Series next year,” said KBM owner Kyle Busch. “He’s shown speed while running a part-time schedule for us the past couple of seasons — he’s won poles, led laps and been in a position to win a few races. We feel like it’s just a matter of time before he puts everything together and starts winning at this level.”

Lessard, a winner in NASCAR's Pinty's Series and a native of Quebec, Canada, has five starts in the Truck Series this year. His best showing came at Iowa Speedway where he finished ninth for the DGR-Crosley team.

“I’ve been working really hard the last few years to put myself in position to drive full-time for Kyle Busch Motorsports in the NASCAR Gander Outdoors Truck Series — so this opportunity is a dream come true,” said Lessard. “I can’t thank Kyle and everyone at KBM, Toyota and TRD enough for having the confidence to put me in their truck and it wouldn’t be possible without the support of my parents and everyone that has invested in getting me to this point. Being able to drive for such a great organization in one of NASCAR’s top three series is going to be awesome and I’m going to work hard on and off the race track to learn as much as I can to get better every race.”

Lessard won two marquee events driving KBM’s famed No. 51 Super Late Model in 2018; the Short Track U.S. Nationals at Bristol (Tenn.) Motor Speedway and the Red Bud 400 ARCA/CRA Super Series race at Anderson (Ind.) Speedway. Overall in 16 starts for KBM split across the CARS Super Late Model Tour, the Southern Super Series and the ARCA/CRA Super Series, the talented teenager posted two wins, three poles, seven top-five and 10 top-10 finishes last season. He also competed in the prestigious Snowball Derby at 5 Flags Speedway in Pensacola, Fla. where he started seventh, led 68 laps and was in a position to contend for the win before a fluid leak ended his day with nine laps remaining.

“We’ve watched Raphael grow as both a driver and a person since joining our Super Late Model program in 2018 and we’re looking forward to being a part of his continued progression as he graduates to a full-time role in the Gander Outdoors Truck Series next year,” said Busch. "Similar to Erik Jones and Christopher Bell before him, Raphael joined our Super Late Model program and immediately won some big races. Then, when given a part-time Truck Series schedule, they all proved capable of running up front and earned the right to compete full time. Erik and Christopher went on to win races and a championship in trucks, now Raphael has the opportunity to continue to follow their blueprint.”