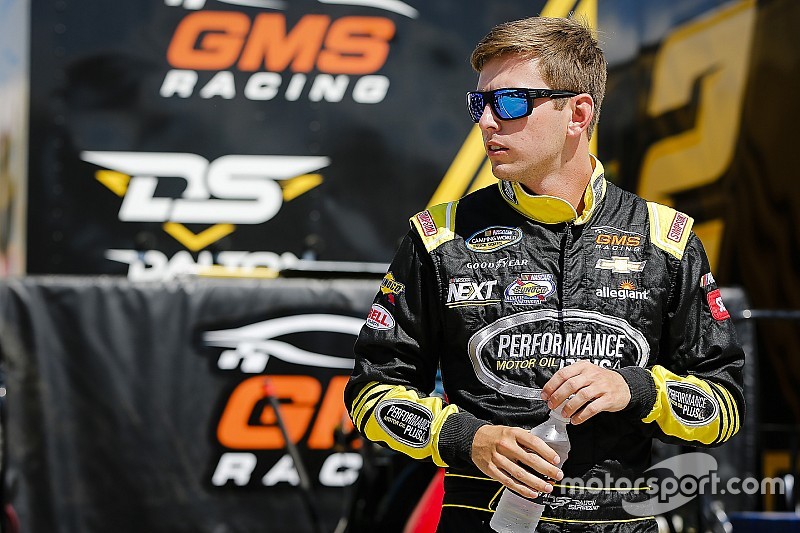 After going through some frustrating finishes through the early part of summer, Sargeant has enjoyed two top-10 finishes in the past three races highlighted by a career-best third-place finish at Pocono Raceway in his most recent race.

As Sargeant prepares for this weekend’s race at Michigan International Speedway he’s looking forward to building on the momentum he feels that his entire team has benefited from with their recent performances on the track.

“We’ve definitely made some big improvements recently after we struggled some at the mile and a half’s earlier this year,” said Sargeant. "We’ve started picking up some good results and everyone is working well together on this No. 25 Performance Plus Motor Oil team.”

Sargeant finished ninth at Kentucky Speedway for his first top-10 finish since the 20-year-old driver came home sixth in the third race of the season at Las Vegas Motor Speedway.

Despite finishing 27th at Eldora Speedway, Sargeant is happy with how he and his team have worked together to improve their results.

“The past couple of races excluding Eldora we’ve really made some big gains and a lot of progress,” said Sargeant. “Running up front you are able to learn a lot from the guys running up there and hopefully we can keep this momentum going into Michigan.”

GMS Racing has already proven to be a championship caliber team with Johnny Sauter winning the 2016 championship and Sargeant adds he feels the improved performance has been a combination of hard work and his opportunity to learn in every race.

“I think overall it’s been a little bit here and there (on how we’ve improved),” said Sargeant. “With the truck races there is so much competition you have to hit everything on the weekend right. Earlier this year we didn’t hit on everything, but as we are improving we are making less mistakes and getting better every race.

He also credits his crew chief Doug Randolph on helping him both behind the wheel and in the shop to keep improving.

“I feel like we have made some really big strides (together) from the start of the year,” Sargeant said. “Doug has helped me both on and off the track. Catering to what the truck needs and also helping me realize what I need to do to be a better driver.

“From working out, spending time on the simulator and also helping me be better prepared mentally when I get to the race track. Luckily for me he’s worked with a lot of young drivers and he’s really helped me this year.”

Randolph echoes Sargeant’s thoughts on the team is getting better, especially over the the past couple of weeks.

“You can definitely see him learning every week,” said Randolph. “It’s always a combination of the team working hard and us figuring out what Dalton wants in the truck too.”

Randolph has built his reputation of being a good teacher and mentor to young drivers and he accepts that responsibility with Sargeant as well.

“That is part of our job to be able to make Dalton be able to move up not only at GMS but throughout his entire career,” said Randolph. “We all understand this is a learning process and we want to give him the tools he needs to be successful.

“It’s not just springs and shocks but also the intangibles he needs to help him be successful on and off the track.”

The veteran team leader also knows making the playoffs this season is a long shot but he is not ready to give up over the next two weeks.

“(We need to) keep doing what we’re doing because we’re trending the right way,” he added. “We understand we’re going to have to take some risks to hopefully get some rewards though over the next two races because we can’t make the playoffs on points.”