Howie DiSavino III will make his NASCAR national series debut at Richmond, becoming the newest driver to take the helm of Jordan Anderson Racing’s No. 3 Chevrolet.

DiSavino, who turns 20 years old on April 10, will make his first Truck Series start on April 17 at Richmond (Va.) Raceway, the home track for the native of Chesterfield, Va.

Anderson has made three starts in his truck this season, with Bobby Reuse competing at the Daytona Road Course and J.R. Heffner was to compete at the Bristol Dirt Race but was forced to withdraw.

“I’m incredibly humbled about this opportunity to not only compete in the NASCAR Camping World Truck Series with Jordan Anderson Racing but for the chance to race in front of my family, friends and partners,” DiSavino said.

“This is undoubtedly the biggest race of my career, but I am up for the challenge.” 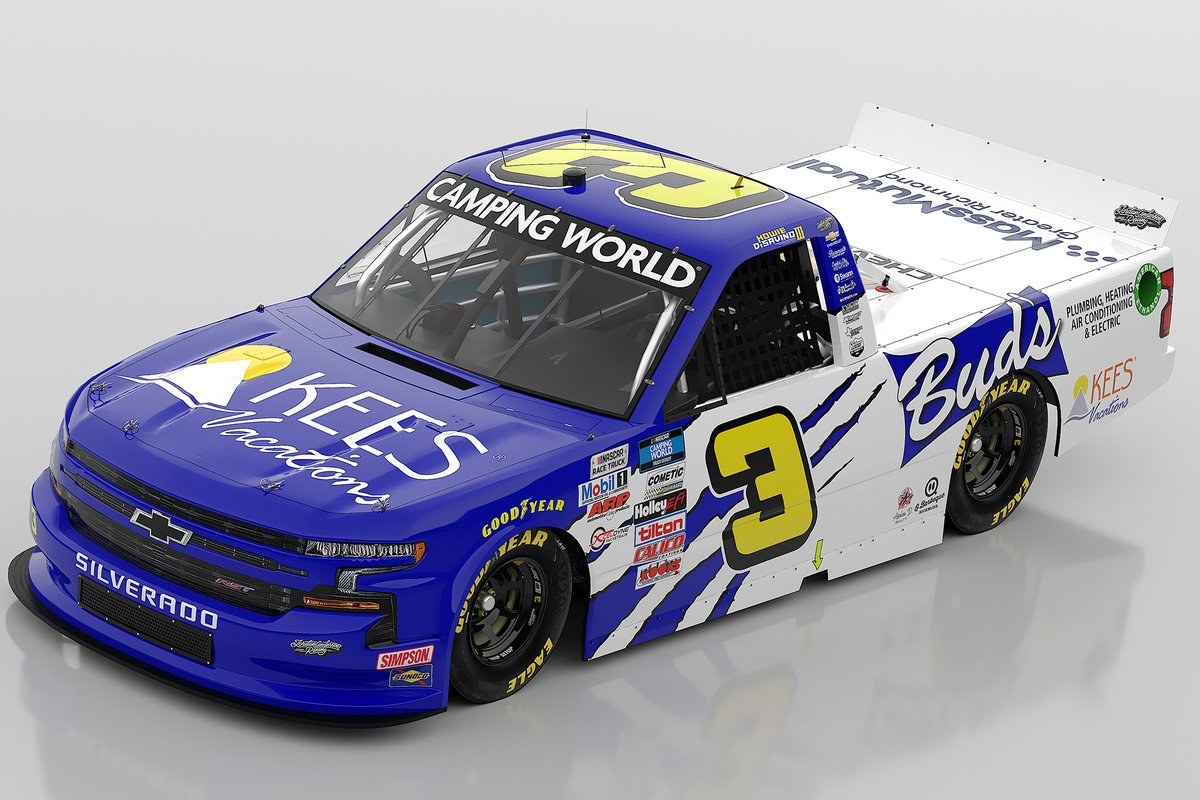 DiSavino has made seven starts in the ARCA Menards Series, most recently in this year’s season opener at Daytona International Speedway. He overcame a late-race flat tire and rebounded to finish 13th.

Anderson, who drove his family-owned team to a career-high second-place finish in the season-opener at Daytona this year, is hoping DiSavino’s debut will be a memorable one.

“I have been keeping my eye on Howie for a little while now, and when Austin (Theriault, manager) said he was available and exploring NASCAR opportunities, I wanted to jump at having him make his NASCAR debut in one of our trucks,” said Anderson.

“My team and I have built this team from the ground up, and Howie shares the drive and determination that I admire in a driver. I’m looking forward to seeing him be successful.”