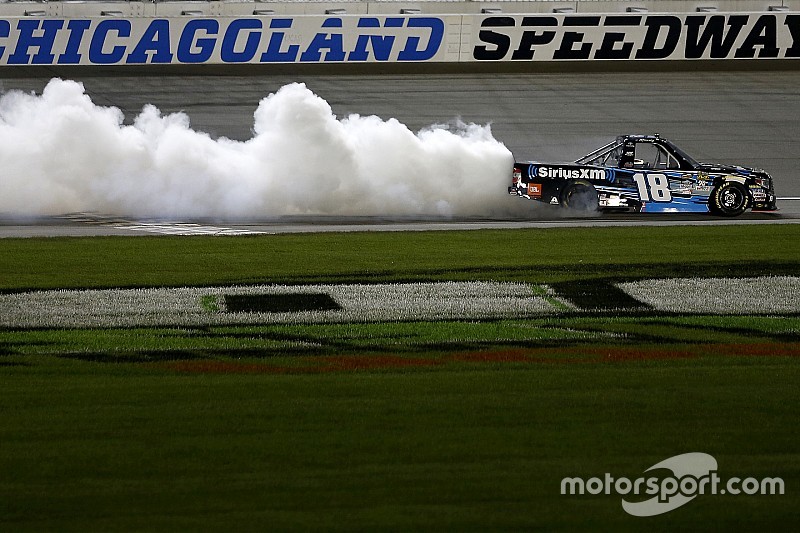 Kyle Busch stole the show in the NASCAR Camping World Truck Series regular season finale, but the impressive win will now come with an asterisk.

However, the No. 18 Kyle Busch Motorsports Toyota Tundra then failed post-race inspection for being too low in the rear. NASCAR did not announce that he failed until the morning after the Friday night event.

Chicagoland was a critical race for several non-winners with it serving as their final opportunity to make the Chase, needing a win in order to make the cut. CLICK HERE to see the complete Chase grid.

NASCAR said in a statement, "To remove any murkiness surrounding post-race inspection last night, the 18 truck was too low. We'll discuss it later this week per normal."

Motorsport.com requested further comment from NASCAR, but they declined.