Kyle Busch is only allowed five starts in the NASCAR Truck Series and so far this season he’s won all four races he’s entered. 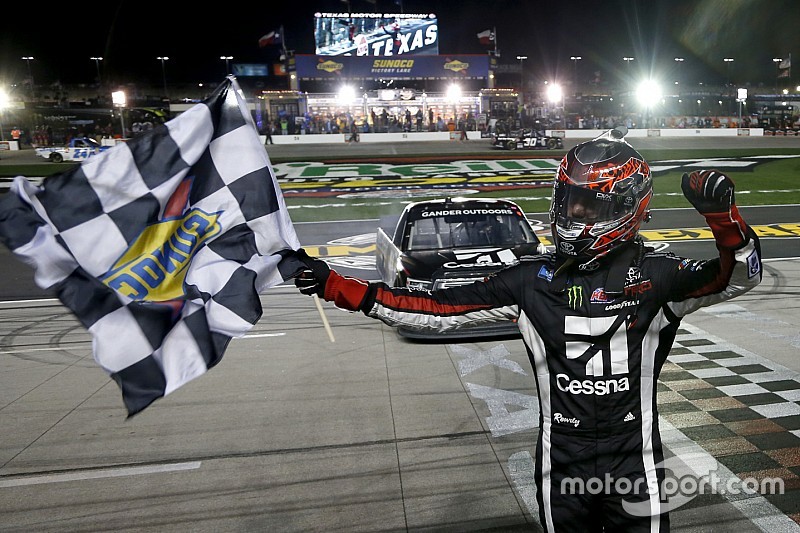 Busch’s final series start comes in Friday night’s N.C. Education Lottery 200 at Charlotte Motor Speedway and he appears to be in a very good position to end his abbreviated Truck schedule this season undefeated.

Already this year, Busch has won at Atlanta, Las Vegas, Martinsville and Texas.

“Charlotte is always one of my best tracks, favorite tracks. I enjoy running there with the trucks especially,” Busch said. “I feel like there’s a good opportunity to be able to go five-for-five. Hopefully, we can put the Cessna Tundra in Victory Lane one more time this year and stay undefeated.

“It’s always special to win a truck race at Charlotte because you are able to celebrate in Victory Lane with a lot of the people that work in the shop at KBM that don’t travel and this is their one chance each year to experience it in person. Then, then for the guys that do travel, they get to have their families be a part of it.”

So far this season, Busch remains the only driver from KBM to earn a victory in the Truck series.

Busch said he hopes his races, all at the beginning of the season, will provide some valuable information from which his other drivers can utilize the remainder of the year.

“We have to rely on Rudy (Fugle, crew chief) and the other crew chiefs and drivers to make our stuff better when they go to those places.”