Ben Rhodes "definitely believes" he has shot at Truck title 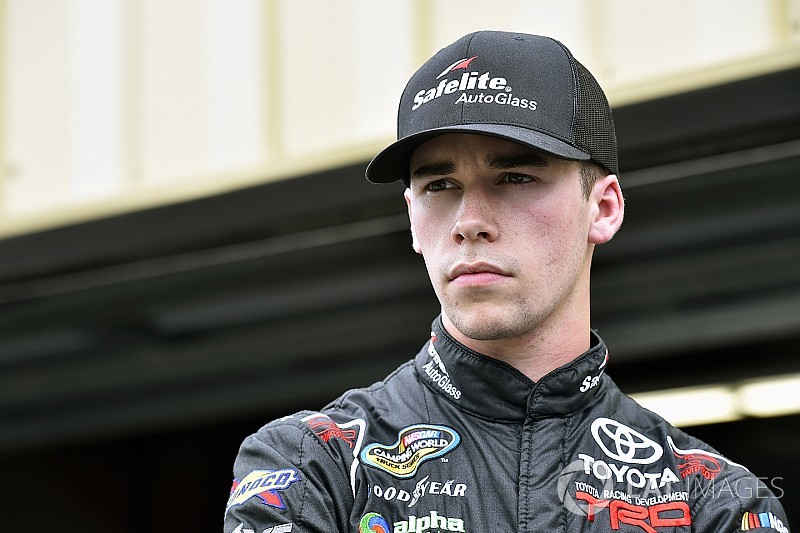 The next time Ben Rhodes hears, ‘Let’s get ready to rumble,’ don’t count him out.

Certainly, the ability to defend himself will come in handy this weekend at Martinsville Speedway where drivers routinely knock each other out of the way and ask for forgiveness later.

“It’s just something fun to do. It changes up the monotony of training,” Rhodes told Motorsport.com. “You get on a bike and you cycle for two hours and you know it’s strung out, it’s very long. It’s very similar to your heart rate and stuff and a race car, but I enjoy the intensity of it and then also just the practicality of it, right?

“It’s just a lot of fun. I’m a huge fan of boxing and UFC. I can’t say I’m a huge like football or stick and ball sports fan, but I love boxing, UFC. I watch any time it’s on TV, you’ll catch me buying all the Pay-Per-View stuff. I’m just a big fan of it.”

The bantam-weight brawler started sparring last summer. His dedication on and off the track has been evident during his breakout season. Last year, the driver of the No. 27 ThorSport truck finished 14th in the standings with one pole, two top fives and five top 10s. Last month, Rhodes won his first career-truck race at Las Vegas and has amassed six top fives and 11 top 10s with four races to decide the title.

Rhodes says boxing has taught him discipline and endurance.

“One of the cool things about that sport versus our sport is it’s what you make of it,” Rhodes said. “When you’re in a race car, you can be really tense and you can wear yourself out really quickly or you can be relaxed and have a better frame of mind and you can approach every corner with a better, more clear head.

“With boxing, you get in the ring and you know you can wear yourself out really quickly being intense or you can relax and kind of let the punches go and I feel like that’s – it kind of translates well. It’s just something to get me a little more clarity I guess.”

Rhodes has four starts at Martinsville Speedway. He won the pole last spring and posted a career-best finish of eighth in his 2014 debut at the half-mile paperclip-shaped track. While his Las Vegas win paved Rhodes path through the first elimination round, Martinsville could provide a roadblock to the title.

“Obviously Las Vegas was really big for us, it allowed us to advance to the Round of 6 here,” Rhodes said. “Then Talladega wasn’t too good of a race. I’m looking at this race tomorrow just as survival for me. There’s a lot of new drivers in here and some drivers from the Cup Series as well.

“A lot of people probably see it as their opportunity to win and do well and be really aggressive and you know I think we just need to survive tomorrow. We can certainly take ourselves out of the Playoffs tomorrow more so than boosting ourselves forward, so survive tomorrow and then Texas and Phoenix will be good for us.”

If Rhodes can persevere on Saturday, only Texas and Phoenix stand in front of his shot at the Championship Round at Homestead-Miami Speedway. On Friday, he was fifth (20.236-seconds) on the speed chart in first truck practice. His ThorSport teammate Matt Crafton led the first session (20.129-seconds). In Happy Hour, Rhodes moved up to fourth (20.137-seconds). Stewart Friesen led the one-hour, five-minute exercise (19.993mph).

“I definitely believe we can be in Homestead,” Rhodes said. “I’m determined to be there. I know my whole team is more than ever. I think we deserve to be there, but we have a whole field and three different races to try to get there. There’s so many variables, so many bad things can happen and I’ve seen that throughout my season this year.

“Again, I think survival tomorrow is my biggest story and I think as long as we can do that, we’ll be fine. We have enough speed in our Tundras to race up front and get points. We can point our way into the Playoffs, or into the final four, but I’d much rather get a win and I think we have the speed to do that, but I feel like Phoenix and Texas would be some very strong race tracks for me.”

Harrison Burton finds himself in a NASCAR age-limit quandary