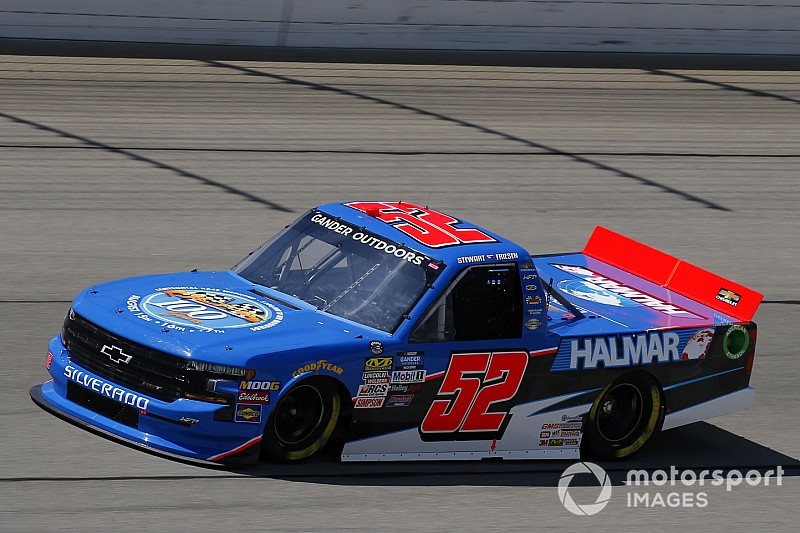 NASCAR on Thursday confiscated the No. 52 Chevrolet of driver Stewart Friesen before first Truck Series practice at Kentucky Speedway.

NASCAR inspectors deemed the truck “unacceptable” when it was presented for inspection Thursday morning, noting there was a problem with the rear firewall placement in relation to the rear clip of the truck.

The Halmar Racing was allowed to remove the tires from the track and all driver comfort and safety equipment from the truck.

The truck has since been moved to alongside the Truck Series hauler, where it will remain until transported to NASCAR’s research and development center in Concord, N.C.

Any addition penalties regarding the truck will be announced next week.

The team brought out a backup truck for Friesen to compete in Thursday night’s race. However, Friesen will have to start the race from the rear of the field regardless of where he qualifies.

The backup truck is the truck the Canadian driver finished third in two weeks ago at Chicagoland Speedway.

Friesen is currently second in the series points standings with seven top-five and eight top-10 finishes in the first 12 races. He’s also won one pole. Friesen is still winless in 60 career starts.