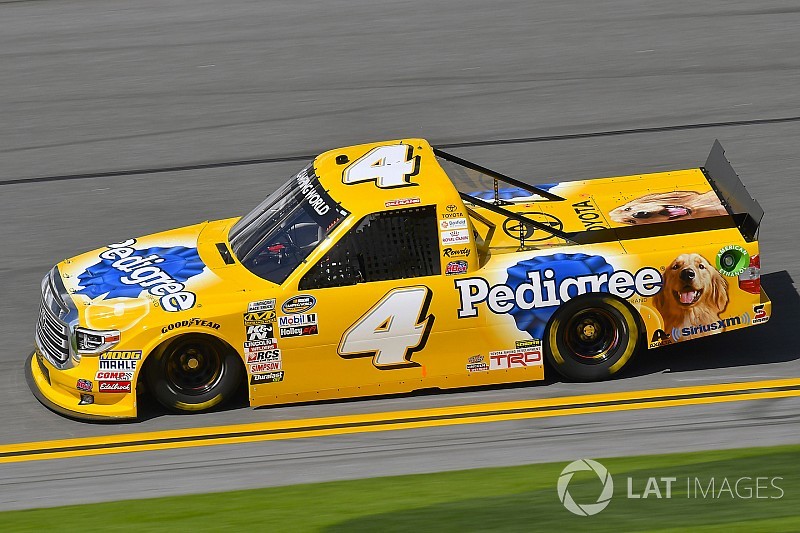 Gilliland, driving the No. 4 Toyota for Kyle Busch Motorsports, was the last of 12 drivers to make an attempt in the final round of Friday’s Camping World Truck Series qualifying at Daytona International Speedway.

"There's no place like this," Gilliland said. "Todd's a couple months from being 18 but this gave me an opportunity to come out here and race."

The pole is Gilliland’s first in 11 career Truck starts. He owns three poles in the Monster Energy NASCAR Cup Series.

Gilliland is one of the drivers filling in the No. 4 until his son, Todd, turns 18 years old in May and takes over the ride.

Gilliland’s last NASCAR start was in the July Daytona Cup race in 2016.